For unknown reasons, certain wall tiles will render their brightest colors (usually white) as black. This is most apparent on the exit portals and Laboratory glassware tiles. 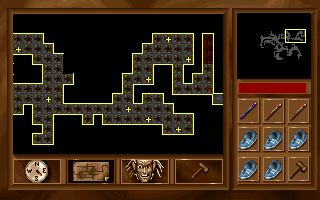 One of the Meen face switches in The Caves 2 is supposed to activate a trap, but instead opens up an area that's both inaccessible and out of the map's bounds. This might've resulted from the developers copy-pasting the nearby face switch and neglecting to change its effect.

If a Wasp is killed while in its attack animation, its death animation won't play. Instead, it will freeze in place for half a second before disappearing.

This bug applies to Book Beasts as well, as they're just a tougher Wasp reskin.

Vegemeen switches between two face designs during its boss battle. When Vegemeen's walking and using its melee attack, it uses a rather unsettling face that lacks eyes and has an open mouth. But when it's throwing sleep thorns at the player, its face changes to a generic Meen face shared by the rest of the bosses. This appears to be an unfinished attempt to make Vegemeen more goofy and similar to the other bosses.

The Laboratory 4 has four hidden areas, but the player will only come across the switches for the topmost three. 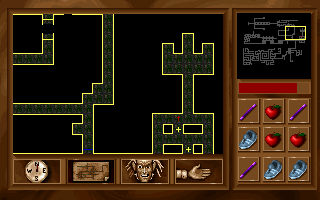 The switch for the fourth area does exist and functions properly, but it's very difficult to find as it mistakenly uses the generic Laboratory wall texture instead of the proper switch one. Activating the wall that the map arrow is pointing at will open the hidden area. 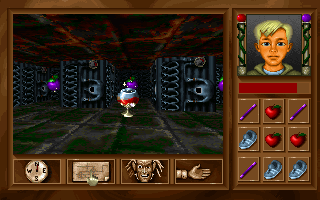 The area itself isn't particularly interesting, containing three Explode-O-Fruits, a Power Potion, and no enemies whatsoever.