Originally, the Helix was supposed to lose its minigun when you upgrade it with the Gattling gun. This is the reason why the minigun is a subobject in the model which can be hidden and also why the Helix has an upgraded weapon set that is identical to the normal one. It was probably changed because it did not make any sense and because the Gattling is not a true upgrade (it needs to spin up while the minigun can fire right away).

This is an alternate idea for the Chinese supply truck. Instead of being one piece, it's a truck with a trailer. This was used for the old supply collecting logic, but the developers preferred the other truck, so this one went unused. 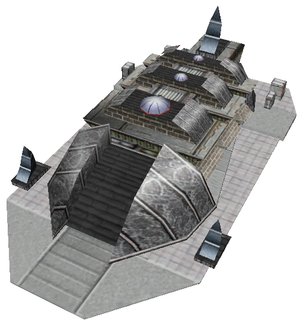 No idea at all what this is. It looks very out of place, not like anything else from this game. One interesting aspect is that there's a model in the game that at first looks like just a ground plane, but has an animation that shows it building up to form this Weapons Factory. This is actually quite cool, if you keep in mind that in the final game, constructing a building is nothing more than pulling the finished building through the ground. 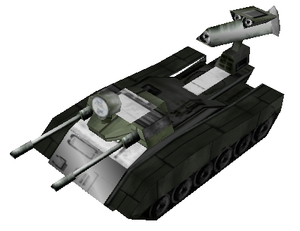 The Scorpion was supposed to be a Chinese tank! Note its design, with double barrels and a tail which makes it look quite a lot like an actual Scorpion, nothing like the Scorpion Tank you see in the final game. 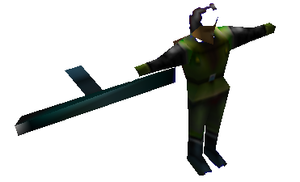 There is not just the selection picture of the Conscript, an actual model file exists in the expansion pack as well. It was eventually replaced by the Red Guard.

An upgrade sound of the Red Guard hidden in the game files suggests some kind of protection suits similar to the American Chemical Suits were planned for the Infantry General, and in fact there's commented out code which would add the Chemical Suits upgrade to Infantry General's Propaganda Center. In the end, it was scrapped.

This animation of a spinning star is not used in the game. It is not found in the original game, and appears among the Chinese selection pictures, so it may have been intended to be shown next to units that are affected by Patriotism. It was probably removed to make Patriotism similar to Horde and Nationalism, which simply display a texture on the ground beneath the affected unit.

There are unused versions of the Nuke Cannon and the Helix for Nuke General. The only significant difference in these is that the Chinese red star is replaced by a radiation symbol. The Nuke Cannon was also supposed to get a unique selection picture. It's rather surprising they ended up unused, seeing as they would have been very easy to implement.

Nuke Hunter was a planned unit for the Nuke General. Like his name suggests, he would fire rockets which leave behind nuclear residue. He has a selection picture, an unused model (with a nuclear backpack) and a full voice set.

Nuclear Hacker was also planned for the Nuke General. He would carry a suitcase nuke which he could place somewhere to blow it up. He has a full voice set, but again he did not end up being used.

Even though one would think Nuke General already has more than enough nukes to play around with, he was also supposed to get a Tactical Nuke Strike special power. Having a recharge time of four minutes, according to its (unused) tooltip, it would drop a tactical nuke by plane.

Yet another nuclear bomb, it seems. This one has buttons in the code but is ultimately unused. Possibly related to the above.