D2 is the third and final entry in WARP's "Laura" trilogy, preceded by Enemy Zero and D.

This time, Laura Parton finds herself stranded in the Canadian tundra after a plane crash. Stricken with amnesia, it's up to her to unravel a grand mystery involving terrorists, sorcery, mutated plant people, an addictive drug, woolly mammoths, angels, clones, an evil god, and her own bizarre origins.

This game is Kenji Eno at his weirdest and best.

A short video of a blue rippling water effect.

If the player's VMU contains save data from the D2 Shock demo disc, it will unlock an extra "Secret Movie" option on the title menu of Disc 2. This video is a trailer for the cancelled Panasonic M2 version of D2, which featured an entirely different story from the one in the final Dreamcast release.

These unused save file icons feature text fields for Laura's level, HP, and elapsed play time. In the final version this information is instead presented in a text box at the bottom of the Save/Load screen, while the empty space on the icon is filled with a portrait of Laura.

A set of small digits and a colon, probably intended to be used with the early save icons.

This unused version of the animated Laura portrait used on the pause screen is quite different from the final. The view is slightly more zoomed out and shows Laura's face head-on, while the final is closer and shown in 3/4 profile. The early version also appears to be based on Laura's in-game model while the final is a more detailed pre-rendered image.

This unused menu tab icon is taller than the final version and reads "Hunting Results & Photos" on two lines, while the final version simply reads "Photo & Hunting" on one line. This was most likely changed to maintain consistency with the other tab icons, which are all the same size.

This unused meat icon depicts a cartoonish leg of lamb, whereas more realistic strips of meat are used for the final.

An unused fountain pen. A pen scribbling sound effect plays when loading or saving a game, so it is possible there may have been an associated writing animation that this pen would have been used for.

The chalkboard textbox on the Archive screen originally had three pieces of chalk resting on the bottom lip. These were omitted in the final version.

A texture file consisting of a rainbow gradient and some text, probably used for color and transparency testing. 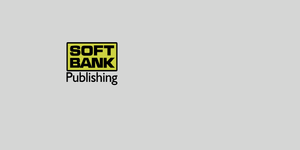 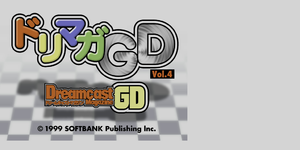 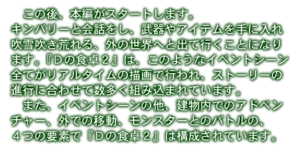 Continue screen text left over from the Dorimaga demo disc. 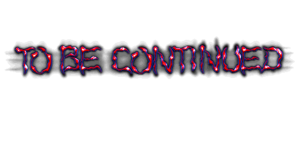 Text reading "To Be Continued", in a monstrous-looking font. This text is not seen anywhere in the final game. Most likely a leftover from the Dorimaga demo.