GameCube Service Disc v1.0/03 was once used by Nintendo World Class Service to test and diagnose problems with the console, Memory Cards, controllers, and can even check the currently-inserted Game Boy Advance game through the GameCube-Game Boy Advance Cable. Nintendo 64 controllers can also be detected, suggesting this is from earlier in the console's development.

As with all Nintendo testing software, the Service Disc contains a plethora of Nintendo-themed content, both used and unused. Bizarrely, there are also respectable logos from the automotive industry, such as Tamiya and Goodyear.

Console revisions post-2003 will boot the Service Disc to an indefinitely-hung black screen, likely done to prevent further servicing after the demise of the Nintendo World Class Service. Remaining copies were taken back by Nintendo and presumably destroyed; as such, few copies saw the light of day.

Loads of unused music is present on the Service Disc.

Contains a song that was used for testing, sab32.pcm, which is Otis Redding's Sittin' on the Dock of the Bay.

Two unused songs are present in this folder. They are the same track at different sampling rates, 32 kHz and 48 kHz respectively.

cardemoA.adp - Also could have been intended for the car demo intro.

For some reason, there are a couple of songs from Nintendo albums in this folder. 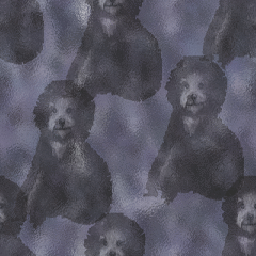 A small picture of...dogs? It's a little hard to tell. The texture was made to tile seamlessly, so it may have been used as a background image. The Wii Service Disc (found in the 2021 Gigaleak) contains a higher-quality version of this image alongside variants with inverted colors. 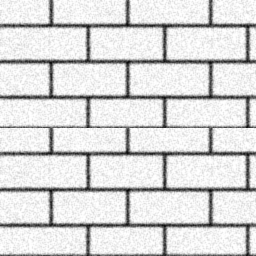 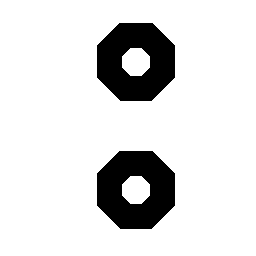 The logo for ArtX, the original developers of the "Flipper" GPU created for the GameCube. They were acquired by ATI a little over a year before the console launched. 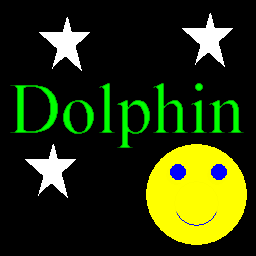 A crudely-drawn smiley face with stars and text saying "Dolphin", the original codename of the GameCube.

According to Nintendo, the GameCube was meant to support stereoscopic 3D output, but cost and lack of consumer interest led to the feature being shelved. However, the Service Disc still contains some remnants of this planned support in the form of stereoscopic test images. 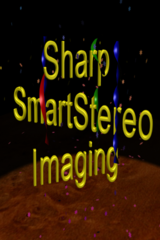 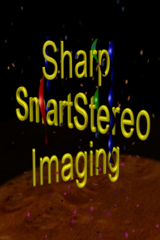 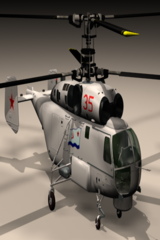 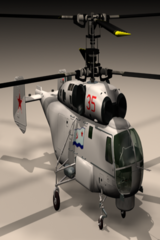 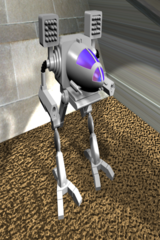 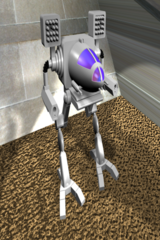 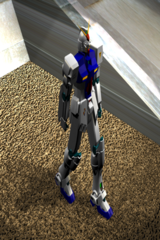 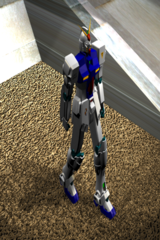 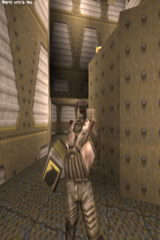 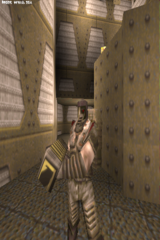 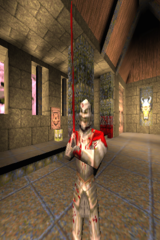 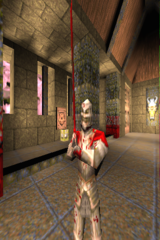 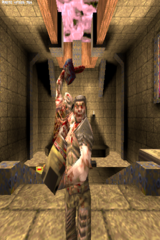 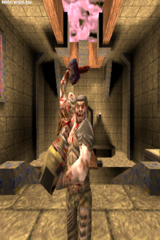 Textures for a car model can be found in gxDemos/CarTex.tpl. It has an associated .gpl model. Both this and "MechaTex.tpl" below are used in the smp-gxmodels demo that was included in the GameCube SDK.

Textures for some kind of mecha found in gxDemos/MechaTex.tpl. It also has an associated .gpl model.

gamecube.tpl has the background for the menu, but it also has textures for a GameCube (specifically the DOL-001 model, as indicated by the presence of the Digital AV port on the back): 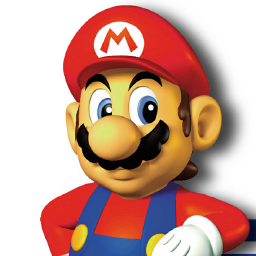 A picture of good ol' Mario. A smaller version of this picture is used in the game's banner. 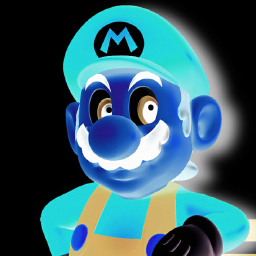 A picture of good ol'...inverted Mario, specifically an inverted version of the above image.

Both of these are used in one of the tests, but the origin of them is curious: they're a cropped version of this image of Mario leaning on the IBM logo; IBM made the Gekko microprocessor for the GameCube.