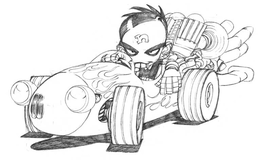 Concept art from the game's development shows Nina Cortex, a character who was cut from the final game. The game was originally going to be developed by Traveller's Tales Oxford Studios and introduce Nina Cortex to the series. After development was passed to Vicarious Visions, Nina's introduction was pushed to Twinsanity (which, ironically, was beaten by Purple's earlier release). 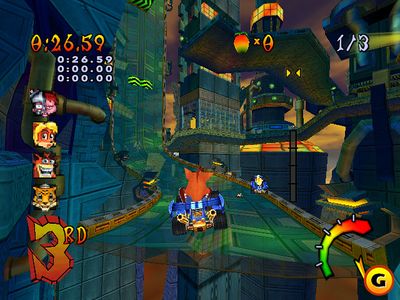 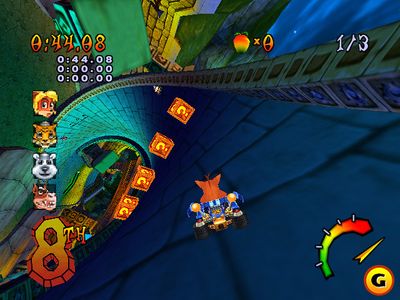 Screenshot of Android Alley (left) and Tiny Temple (right). Probably the earliest build to be featured in official screenshots. Several differences and oddities can be found: 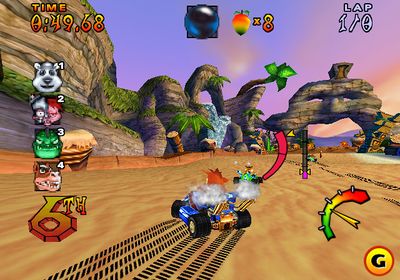 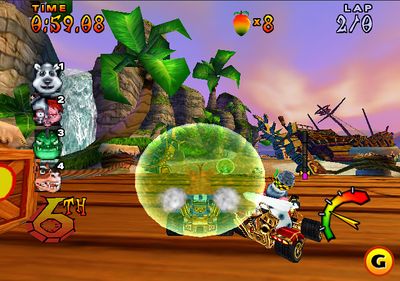 This seems to be a bit of an improvement over the previous build, though it has a bunch of quirks of its own: 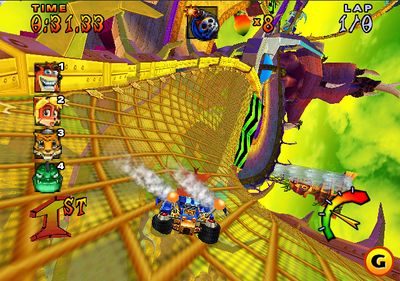 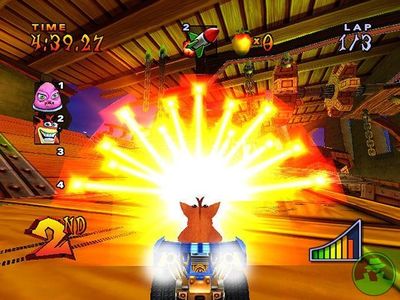 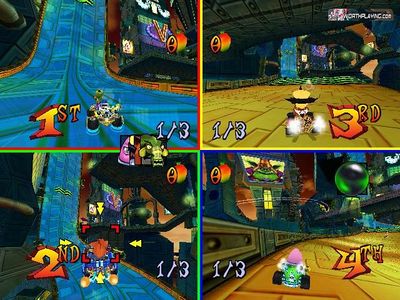 This seems to be the same build used in the Trailer 1 and early press images.

A prototype version for Xbox was sent to a French website before the game's release. It contains an interesting number of differences. 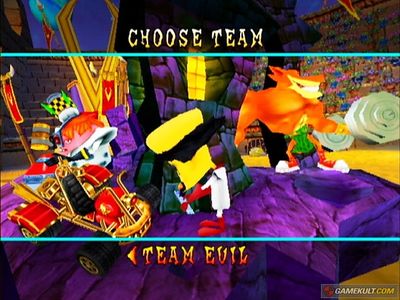 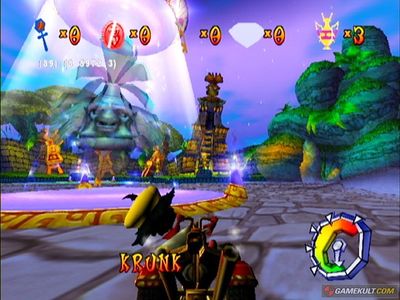 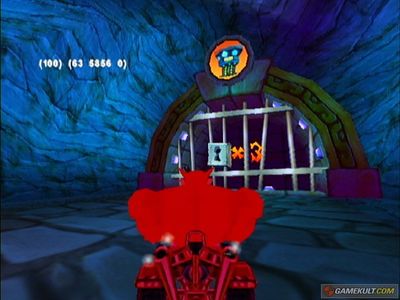 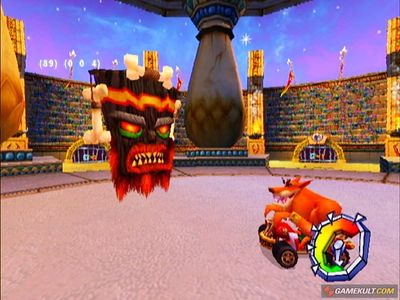 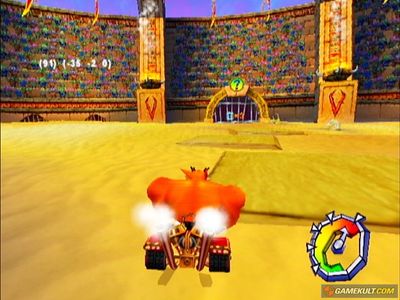 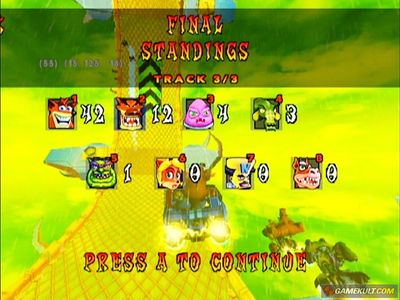 A document containing sketches and early designs was released at the end of 2003. Some early screenshots of the game were used to showcase how the artworks looked in-game. 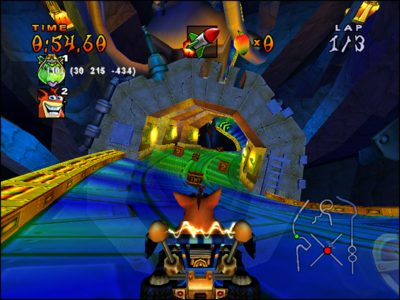 A near-final version of the game was used on this trailer. The debug coordinates are still present, but the freeze mine already uses the final design, however there is a white square around its model when the player throws it at 0:15. The boost counter also appears in the upper right corner, just like how it was in Crash Team Racing.

Interestingly, the player automatically loses Wumpas while falling off the track at 0:38. This seems to be added later into the development and quickly removed it, since older builds didn't have this feature.