From The Cutting Room Floor
< Proto:Age of Empires
Jump to navigation Jump to search

This is a sub-page of Proto:Age of Empires.

The game reports itself as a later build (the build 00.05.01.0204, which incidentally also exists) for some reason.

Just so you know, the game is incredibly crashy and will crash itself and take the operating system with it if you're using Windows 9x. 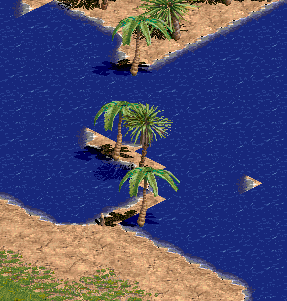 While the runtribe.bat skips straight to the game, if you start it directly, it starts in an intro that is only half-finished: half of the prerendered scenes are there, the other half is an apparent in-game render with LEGO guys against a blue background. These also show a frame counter at the top left.

Most of the building prices and HP are different:

The scenarios only have a short description of what you need to do, though they helpfully explain to you the game's controls. Their names are also in all caps.