This is a sub-page of Proto:Earthworm Jim 2 (SNES).

An early prototype of Earthworm Jim 2 for the SNES.

The cheat menu is exactly the same as the one from Earthworm Jim 1 (even keeping the 1994 copyright date), apart from the game's title which is now, you guessed it, Earthworm Jim 2.

Looking through the level select, you can see that the level list is different:

Note the much longer list of levels, meaning the game may have been planned to be bigger at one point. "Dirt" (Lorenzen's Soil) and "Meat Level" (Level Ate) do not load normally, however by simply changing a byte in the ROM you can get them to load. This was most likely a programming error.

Because this is so early in development, most ALL levels contain differences, or even have areas that never even made it into the final. 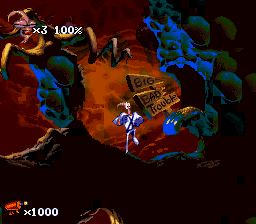 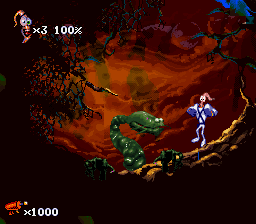 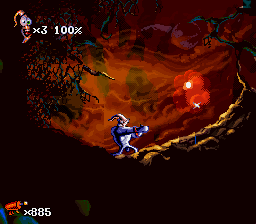 Called "Bounce The Pups" here in this prototype, this is the most complete part of the game at this point in development. It is very possible this was one of the first ideas for the game. 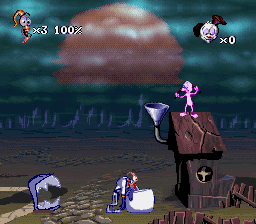 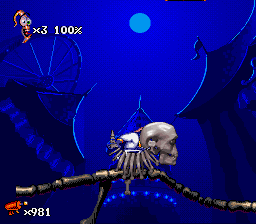 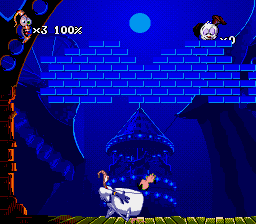 Losing the minigame sends you back to "Tangerines". 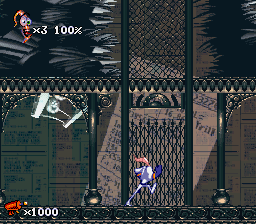 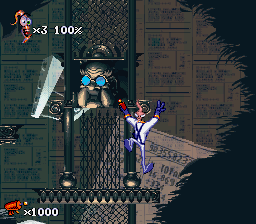