This is a sub-page of Proto:Guitar Hero II (PlayStation 2).

The public's first taste of Guitar Hero II came in the form of a four song demo on the demo disc (SCUS-97538) for issue #110 of Official Playstation Magazine. Four songs were playable in quickplay or co-op, provided a guitar was plugged in.

Being an earlier demo, much of the content later featured in the retail demo and the final game isn't present; what is present, however, are drum gems like those later featured in Rock Band, and an earlier practice mode with the ability to slow songs by percentages, again similar to Rock Band.

The OPM demo comes with four songs, playable in quickplay and co-op, provided a guitar or two guitars are connected, respectively. If a DualShock is plugged in, the demo will autoplay itself and co-op will not be available.


The charts themselves feature various differences from both the later demo and the final. Stage events are simpler, sections are different, two of the songs have different mixes from later builds of the game, and two of the songs exhibit an extremely subtle quirk in sustain length that causes an optimal run of the demo charts to give more points than an optimal run of the final charts. Kick notes on BAND DRUMS exist for all four charts, but the in-game kit doesn't respond to them. Cymbal notes are absent completely, and the bassist's speaker cones don't animate because they're still using the note they used in GH1 MIDIs on the TRIGGERS track, instead of the note the game checks for in the demo on the BAND BASS track.

Shout at the Devil

Slight differences in charting on all difficulties for both instruments, including Easy and Medium being rebalanced to be easier to play in the final. The guitar part going into the choruses and solo is audibly different, and the bass is much thinner sounding than in the later demo.

Lighting and events are far simpler. Multiple [sync_wag] and [sync_head_bang] events exist for the co-op guitarists in the final and are absent from the demo. Sections are mostly the same, though the gtr_hook_1 before the first verse is instead named solo_1 (and the actual solo is solo_2 to match). No .voc file exists for this song, so the singer's mouth stays closed throughout.

You Really Got Me

Minor alterations to Easy and Medium guitar in the final to make them more interesting to play. Expert's notes are slightly different and the Star Power path is much different than the later demo or final. Face-Off sections don't exist in this version of the chart, and lighting cues are simpler than in the final game. Each verse is one section in the demo versus two in the final, and the sections are renamed to be more consistent in the final.

"You Really Got Me" is one of the many songs in both the OPM and retail demos to feature a strange sustain quirk that causes sustains in the earlier charts to give more points than the same sustains in final. Harmonix shortened many of the sustains by a single MIDI tick, despite it making no difference to play or visually.

Most notably, the breakdown section of the OPM's cover more closely matches Van Halen's original; the retail demo and final have extra guitar noises overdubbed during that section to make the break more interesting for players.
You Really Got Me - Early OPM Mix

The lower difficulties are more difficult than they'd be in the final game; the Easy guitar part even has chords, something Harmonix would later strongly discourage in RBN charts. Star Power path is marginally different, and "Strutter" exhibits the sustain quirk as well, leading to a 564 point difference in autoplay runs.

Sections and lighting cues again differ. Curiously, the BAND BASS track has notes on it, seemingly authoring for an unused bass part (as "Strutter" is a song with a rhythm co-op part rather than a bass co-op part).

Lighting is again simpler than it would be in the final chart, and section names have been changed in the final to be more consistent. The singleplayer keyboardist is absent altogether. The BPM drops at the tail end of the chart in final and stays consistent in the demo, so while the notes are identical, they have to be strummed in the demo and are HO/POs in the final game.

The OPM demo is set to play three tracks in the menus, two of which ("Psychobilly Freakout" and "Who Was in My Room Last Night") carried over to the final game unedited. The third track is "You Really Got Me", which uses the original breakdown section without the overdubbed noises. This is also set to play in the later retail demo, but was cut from the final.

Three other unused menu tracks appear in the files but are not set to play in synth.dtb. These are stored not in sfx/streams/ like the properly used ones, but in simply sfx/.

It's possible that the latter two could've been used for the post-song menus, fitting the song results screen (which is a newspaper) and the quickplay high score entry screen (which is a urinal) respectively. The first one was almost certainly placeholder main menu music before the game's songs were properly recorded and mixed.

Another curiosity stashed in sfx/ is meta_intro.vgs, which isn't used for the actual intro of the demo; in fact, it seems to be completely unused. The guitar chord in the clip is the same one from the original Guitar Hero's intro, was also used in the "Guitar Hero II: Behind the Scenes" unlockable video, and became a part of RedOctane's intro cinematic in all Guitar Hero games past II.

All of the unused tracks appear in the files for the retail demo, but are missing from the final game.

There aren't many new strings featured in locale.dtb; most of what isn't accessible is simply left over from the first game. Guitars, finishes, all store text, all career text, tutorial text, bonus tracks, and the vast majority of UI text all match Guitar Hero. The few differences pertain to mostly early text for the final.

Tiers are slightly different. "String Snappers" is just a duplicated "Opening Licks" thanks to the way Harmonix structured the demo, "Relentless Riffs" is still "Fret-Burners" from the first game, and the final tier is named the rather ridiculous "Killer Evil Tracks". 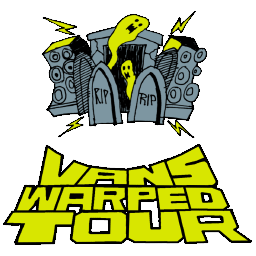 One of the venue select icons as seen in E3 builds of the game is still present in the OPM demo's files, that being the icon for the Vans Warped Tour. Surprisingly, if Career is patched to be accessible, this can actually be seen in-game among many, many leftover Guitar Hero assets (as seen at 1:50 in the video below):

Curiously, meshes for drum gems can be found in the files of the OPM demo. When rendered, these take the shape of colored cymbals, kick lines, snare lines, toms, X's, and even a star power note, suggesting drums were originally meant to be playable in Guitar Hero II. Likely due to a lack of time, Harmonix deferred working on these until their later Rock Band games, which features playable drums.

Many of the gems, like the toms and cymbals, physically look like the drum in question, indicating Harmonix was testing out what would later become pro drums in Rock Band 3, while others are more abstract and simpler.

One thing that was left over after the drum gems' removals were strings indicating different drum notes, perhaps for debugging purposes. These can be found even in the locale.dtb of the final game.

An early version of practice mode is locked off, but accessible if patched. Most of the functionality of the final's practice mode is implemented (section selection, speed selection), though all of the assets are unfinished placeholders.