The game has been significantly updated since v0.28a, with all the groundwork laid out and most levels being feature-complete, though there's still a lot of differences.

The graphics have been nearly finalized, though the copyright text is thinner compared to later prototypes. 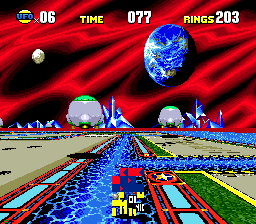 This is the first build with playable Special Stages, with a bevy of differences: 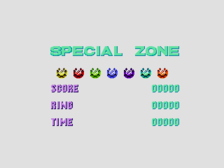