Although considerably further ahead than the early prototype, the v.21 prototype still has a fair amount of differences to the final. 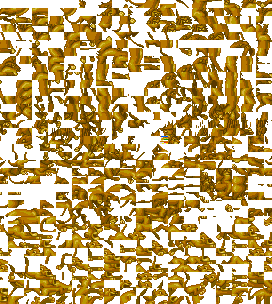 A whole bunch of Simba sprites (both cub and adult) that are never used can be found only in this prototype. It's uncertain exactly what they would have been used for, since the 'edge grab' sprites used for Simba use the same base as the ones seen in the early prototype.

It appears as though the static hippos in "Can't Wait to be King" were at one stage going to move around. The shading more closely resembles the Genesis version of the game. A mock up of one such sprite can be seen on the right. The palette here is a guess, since these sprites do not use the exact same palette as the hippos shown in-game.

The turtle sprites are still here, but all of them, including the ones used in the early prototype, go completely unused since the turtle has been removed at this point.

An upright version of the title screen pawprint that never gets used.

There's a portrait depicting Simba as he ages to an adult. It's unknown where this would have been used, unless it was planned as a halfway marker for adult Simba.

The continue icon should be animated, but it's static during gameplay.

A comparison of the two palettes.

Most of the beginning pathway was pushed up in the final, bringing forth a minor graphical glitch with the rock at the start of the level.

This platform was moved over slightly in the final, likely because if it had remained the way it was in the prototype, then Simba could leap up to this platform from the one below and subsequently skip the second Scar fight.

The final batch of platforms were widened in the final.

The background is not animated like in the final, and has a minor graphical error.