Version 0.06 of Yume Nikki was dumped by Eloy and AshitaMinami, members of #LaInvestigaciónYN, on July 25th, 2017. It was found on a disc included in the first volume of a magazine called フリーゲームstation! (FreeGameStation!) [2]

v0.06 is pretty similar to v0.04 in terms of design, but a fair amount has been added since then.

Following v0.04's trend, v0.06 generally only uses pink and purple gates for connections to other areas.

Just like v0.04, most of the events have not been added into the game yet. 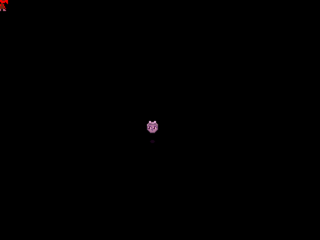 Not much has been changed since its previous appearance in v0.04, though there are now a few invisible events that have been placed on the map for testing purposes.

Nekoin still provides all the effects, but you instead get teleported to the street in Dense Woods A.

If you include the debug party member located in the first slot of the game's database in your party, NASU can be seen in the upper left corner of the map making one of its walking noises. As just a picture is displayed, interacting with it has no effect.

Unlike v0.10, Madotsuki is not listed as the first character in v0.06's database, and is actually in the fourth slot. Three empty party members precede Madotsuki, the first of which can have various effects on event scripts if present in your party.

The boombox used at the Toriningen Party is now using its final design. Graphics for the old boombox still remain in v0.06 onward, but are unused in favor of the new animated boombox.

Aside from rendering the Squish-Squish NPC in its regular art style, v0.06 lacks the flabby-looking sprites that are used in v0.09.

The stone graphic used in FC World has a more simplistic design in v0.06, and was used up till v0.09.

Every mugshot now has a black background like in v0.10 now. v0.04 used a subtle blue background instead. Since the remaining effects have been added, more mugshots have been filled in, as well.

The image displayed on the TV in the dream world is different. This image also exists in v0.10 on the same sprite sheet, albeit unused.