v0.07 is notably the turning point when Kikiyama reworked the structure of the game, thus there are more changes than additions this time around.

v0.07 is the first version to alter the dream world structure in a way similar to v0.10, making it less interconnected by removing a lot of the secondary gates found in v0.06 and earlier. Unique graphics for connections to other areas have also been added, effectively making the pink and purple gates obsolete, though the purple gate is now used in the same way as v0.10.

Surprisingly, the Pink Sea is accessible for the first time in v0.07. Despite this, Uboa did not exist yet, debunking the myth that the Pink Sea and Uboa were added simultaneously.

A few of the areas found in v0.06 were rendered unused in v0.07, with no way to enter them through normal gameplay.

Curiously, there is no way to enter Mini Hell in v0.07, even though Kikiyama went through the trouble of redesigning it. v0.08 would reinstate access to it in Number World.

Its gate leads to Eyeball World in front of the Severed Blue Head.

The map for the Toriningen's Bed event still exists, but can no longer be accessed since its gate was replaced with a connection to the newly added White Desert. v0.08 would remove this map altogether.

If you exit the map from the left side, you'll end up in Block World where the event was originally accessed in v0.06. 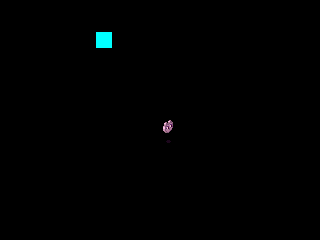 This iteration is very similar to how it appeared in v0.06, but with the addition of a few tiles that can teleport Madotsuki.

Four teleportation tiles are present on the upper left side, around the cyan tile. From left to right, their destinations are as follows:

These teleportation tiles would be carried over to v0.08 and v0.09.

The light that is visible at the bottom of the ladder in the Static Maze is now drawn the same way as in v0.10.

The image displayed on the TV in the dream world is now the same as in v0.10.

Monoe's image covers less of the screen in v0.07, and is a tad brighter.