#LaInvestigaciónYN released v0.09 on January 26th, 2019, having been found in a magazine titled フリーウェア年鑑 2006 (Freeware Almanac 2006), a newer edition of the same magazine that included v0.04. More accurately, an anonymous Japanese user who bought the magazine provided them a link to the included v0.09 and gave them permission to share it with the rest of the community. [2]

This version is overall very similar to v0.10, but there are still quite a number of differences.

Most of the events are present in the game now. The remaining events would be implemented into v0.10's new maps.

NASU is placed in Dense Woods A and Windmill World, but cannot be seen normally.

By setting variable 123 to 2 and 4 respectively, NASU will become visible. Interacting with it will trigger an unused event named NASU Link, which sends Madotsuki to the unused FC World Peninsula, which has an exit to FC World C!

This shows that Kikiyama had something in mind for the large portion of FC World that was never utilized. Given the state of FC World C in v0.10, however, their full intentions with this area remain unknown. At the very least, it is now known that there was going to be someway to enter it. 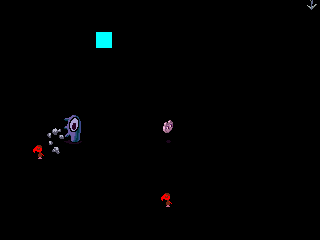 Only the main debug map is present in v0.09, but it has several unique features not found in other versions of the map. In order to see these full extent of these features, however, modifying the map is necessary. 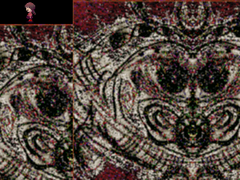 When entering the map normally, it is covered up by two pictures from the FACE event; one of which scrolls horizontally across the screen, while the other simulates the Quivering Jaw from the White Desert. Removing these from view is not possible unless the map is modified to delete or disable their events (EV0009 and EV0014 on the map, respectively).

The map is also covered in non-passable black tiles, which can be moved through when holding the CTRL key in Test Play mode, though event tiles that require being stepped on will not activate with this method. Replacing the black tiles with passable ones is necessary to utilize these events.

Once you can actually see and move on the map, the following functions are available:

When the debug party member is present, a few more events become active.

The Seahorse found in the Barracks Settlement now has its final design.

The reflection of the light on the lamp posts in the Sky Garden is different.