From The Cutting Room Floor
Jump to navigation Jump to search
This page is a translated version of the page Super Smash Bros. and the translation is 8% complete.
Outdated translations are marked like this.
Other languages:
Deutsch • ‎English • ‎français • ‎русский • ‎한국어 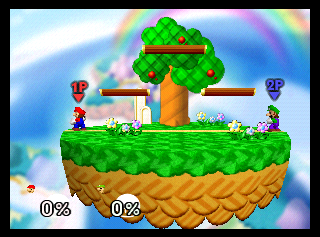 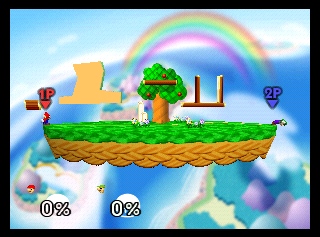 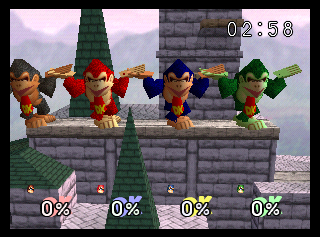 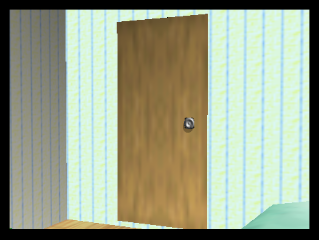 The bedroom seen in the intro and in the scene shown after completing 1P Game has a door that is always completely unseen. Since the camera focuses mostly on the table where Master Hand puts the dolls, the door stays hidden behind the camera.

GameShark code 810F2C04 2400 will display physical hitboxes: the characters become yellow cubes, showing the areas they can be hit by attacks, and when attacks are used, red and white cubes appear showing the area they hit if in contact with someone's hitbox. Sprites such as shields and Ness' PSI Magnet will still appear. Those are shown in several images on the Japanese Super Smash Bros. website. 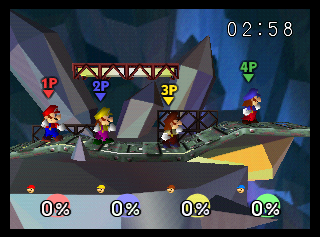 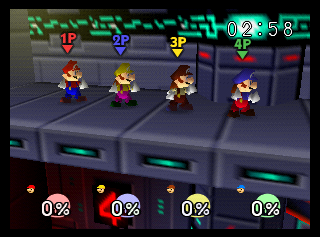 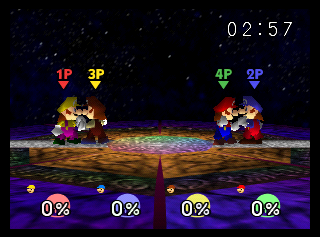 There are various unused camera angles in the data that can be re-enabled using Gameshark codes. To activate the angles, you must pause and unpause while in a match. 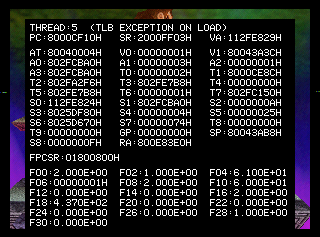 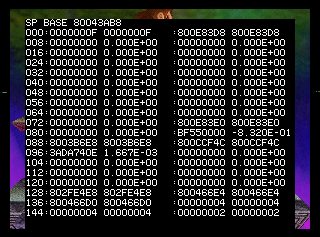 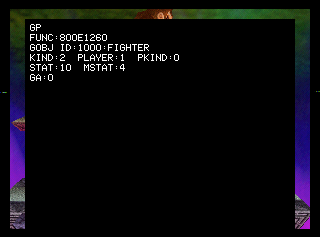 There are two hitboxes for Samus and Luigi that never spawn in-game due to developer oversights involving frame timers. Luigi's dash attack has a final hit that is intended to spawn on his head, but never does due to the wrong type of frame timer being used. Samus's up air also has a final hit that does slightly more damage and hitstun, but doesn't spawn due to a complete lack of a frame timer altogether.