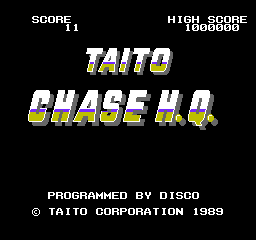 A well-known cheat to access the level select exists in this game. On the first controller, hold Down + A + B and press Start when "PUSH START BUTTON" appears on the title screen. A two-digit number will appear instead of a score. The top-left digit is a round number, while the top-right is a stage number. Press A to change stage number, and press B to change round number. Press Start to return back to the title screen. Then, just start a new game to advance to the selected level and stage.

During the game, press Down + A + B + Start on the second controller to instantly complete the current stage. 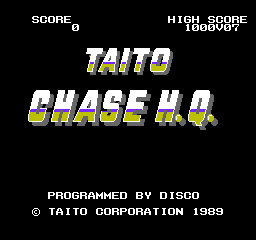 A cheat enabling a simple sound test is still present in the game, but was disabled in the final release. With the Game Genie code PESVVLAA, you can re-enable it. Now, at the title screen, press and hold A + B then press Start on the first controller, a letter and two-digit number will appear at the high score string. Letter represents the voice, music and sound effect as "V", "B" and "E" respectively. Press Up or Down to change music index, press A to play selected sound effect or music. By pressing Select you can switch between Siren and Engine background sounds, which is playing always. While playing Engine background sound, press Left or Right to increase or decrease Engine speed or, if speed was zero, to start Brake sound. Press Start to toggle hi or low transmission sounds. Press B to exit the sound test mode.

Another disabled routine in this game is a pause routine. Normally, this ability is disabled for some reason, but with the Game Genie code PESVSLAA, you can re-enable it.

There are a couple of developer-related and copyright messages:

The "Daiei" copyright is stored at the beginning of a voice sample decoding routine, and most likely refers to the original developer of the decoding algorithm.