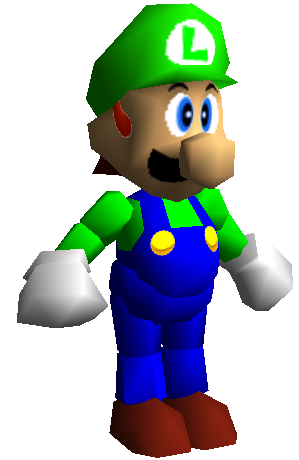 Super Mario 64 is one of the best 3D plumbing simulators around and one of the three launch titles for the Nintendo 64. It introduced the third dimension to the Mario universe and revolutionized the Mushroom Kingdom.

On July 25, 2020, various source code and development files for Nintendo 64 games was leaked. Found among these files was Luigi's model and texture, which is based on an older version of Mario's model.