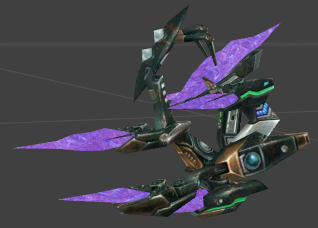 Unreal II is basically a really generic shooter with Unreal’s Dispersion Pistol and Skaarj tacked onto it as an afterthought.

Pictured here is an unused weapon called the Mind Claw. The animations are broken, making it impossible to see what it actually did. However, according to pre-release info, the Mind Claw would’ve been a “fearsome psi-weapon” that drained an enemy’s health and gave it to you. The Mind Claw managed to get far enough in development that it has its own between-mission weapon briefing image.