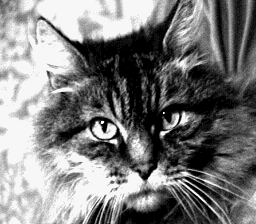 Last Action Hero on the SNES is a subpar platformer and is often considered among the worst 16-bit licensed games. At least one developer also noted Schwarzenegger's demands on the game to make it less violent.

Pictured here is a cat the developers hid on Background Layer 1 when starting the game. A text can also be seen loaded in Level 1, revealing the cat's name to be Jack.