The XBAND modem was a piece of hardware for the SNES and Genesis which allowed online multiplayer for a limited number of games. Despite its innovative concept and features, it was financially unsuccessful and the service was discontinued less than two years after its release. 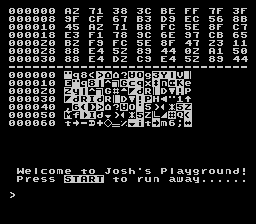 It appears to be a full fledged Memory Viewer with a command line on the bottom.

In the Japanese version, press Up, Right, Down, Left, B at the main menu. 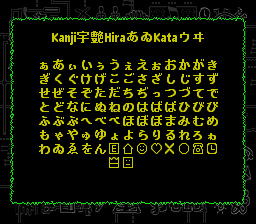 Present at E92F2 in the Japanese BIOS.

The lines "Leave all Love and Hope Behind, Out of Sight is Out of Mind." are from the Bedlam scene in Igor Stravinsky's 1951 opera The Rake's Progress.