Ōkamiden is the long-awaited sequel to the 2006 cult classic Ōkami. Focusing on Amaterasu's son Chibiterasu and the children of many of the previous game's characters, the game differs from its predecessor in its use of multiple partners to provide different effects on gameplay, with the Celestial Brush now being controlled via the DS' Touch Screen.

Despite receiving critical acclaim and becoming a moderate commercial success, the game is fairly divisive among fans, mainly due to the liberties it takes with connecting its story to that of its predecessor. However, it's still considered a decent game in its own right. In that sense, it can be considered the Chrono Cross of the seventh generation.

Envoy Scrolls are found in treasure chests throughout the game. They were written by Issun and typically give tips for playing the game.

Note that the images are only mockups of how they would look in-game. The actual image files only consist of the header text and illustration (sans paper background).

(Translations: ChuggaaConroy on YouTube, who got them from Tomato)

This scroll would have been placed before the next-to-last entry, "Shortcuts". The image file is "tendou20", and the text file is 210.tx.

This scroll would have been placed before the last entry, "Music". The image file is "tendou22", and the text file is 230.tx.

This scroll would have been placed before the last entry, "Music", but after the previous unused scroll.

The image file is "tendou23", and the text file is 240.tx. The scroll itself is named "Letter of Challenge from Monsters". 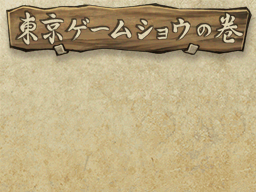 Found in the "title" folder is this graphic named "tgs_title_under". This is the bottom half of the title screen for a demo used at the Tokyo Game Show. The text translates to "Tokyo Game Show Volume".

Found in the folder EyeCatch are two graphics named "ThankYou_top" and "ThankYou_bottom". They were likely used in early demo versions of the game, for use at conventions and such. The English text suggests the game would be out in 2010, even though it didn't end up being released in the west until early 2011.

The Japanese text translates to "Don't miss it! Planned for Release in 2010". 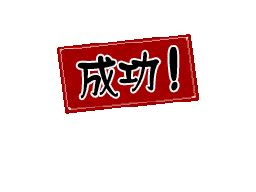 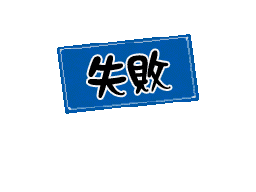 These two graphics, "complete" (left) and "failure" (right), are found in the "ui" folder. Their intended use isn't known for sure, but their similarity to the graphics used in Onigiri-Sensei's dojo imply that the location was intended to make a comeback.

Found in a folder named "error" are various error messages likely used during development. They remain untranslated in the English versions of the game.

In the "Rom" folder of the Japanese version is a text file named チャプター開始位置.txt ("Chapter Launch/Start Position"). It is a reference list of game events, likely used during debugging.