The Cutting Room Floor is a site dedicated to unearthing and researching unused and cut content from video games. From debug menus, to unused music, graphics, enemies, or levels, many games have content never meant to be seen by anybody but the developers — or even meant for everybody, but cut due to time/budget constraints.

Undertale started as a humble Kickstarter campaign, and snowballed into an internet phenomenon upon release. And it's easy to see why: it's an EarthBound-inspired RPG with a phenomenal soundtrack, taking an interesting spin on the RPG genre with an innovative bullet-hell battle system. Not only that, a lot of the decisions you make drastically affect the game's world, adding to the game's replay value and making it an emotional rollercoaster.

It wasn't just the gameplay that made it an internet sensation, but the fascinating secrets that are buried deep inside the game's files: unused text, music, rooms, graphics, items, and even a debug mode! It's no wonder the creator left a message urging prying eyes not to share the game's secrets online. 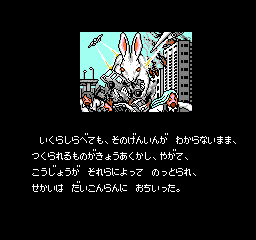