From The Cutting Room Floor
< Proto:The Legend of Zelda: Ocarina of Time
Jump to navigation Jump to search

This is a sub-page of Proto:The Legend of Zelda: Ocarina of Time. 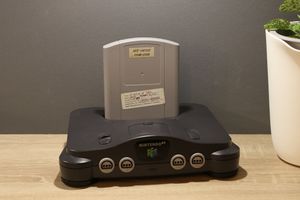 The dev cart in question.

An unsuspecting F-Zero X development cartridge from NoA Product Testing was released on January 19, 2021 by Forest of Illusion. The cart is decidedly more notable for containing a substantial amount of an Ocarina of Time build from late 1997, starting at 0x1000000 in the slack space (0x19A4470 onward is empty).

Various assets suggest that this build was either the playable demo seen at SpaceWorld '97 or was built very soon after the event.

The assets revealed the existence of Landmines, a previously-unknown scrapped item. It was presumably replaced by Bombchus, which are not present in this build. 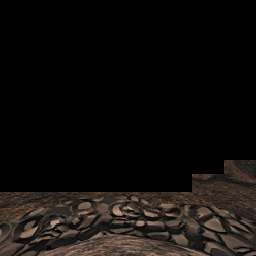 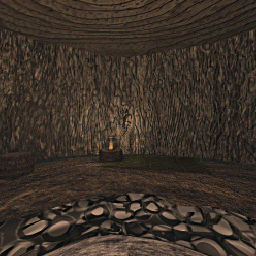 At the very beginning of the Zelda data are these two faces of a cubemap for the Know-It-All Brothers' House, one of which has been partially lost. These images use the last two of four palettes stored immediately after the second image, hinting that two more faces of the cube and the rest of the first one above are missing due to being overwritten by F-Zero X.

Within the overdump is data for a cutscene that was apparently used for the demo's title screen. It is an earlier take on Link's nightmare at the beginning of the game.

This particular version can be found within the final build, albeit in a more refined state.