From The Cutting Room Floor
< Proto:The Legend of Zelda: Ocarina of Time‎ | Late 1997 Overdump
Jump to navigation Jump to search

The Hookshot's early design lacks a handle and more resembles its look in A Link To The Past. It's more purple in coloration, akin to the final game's Longshot.

The early design (which this build's text calls "Magnifying Glass of Truth") is blue with a yellow eyelid, and the lens part is more eye-shaped than the circular lens of the final design.

A scrapped item that was presumably reworked into the Bombchu.

The Boomerang icon's orange colors appear to be more saturated compared to the final game's icon. Additionally, the gem is green in the prototype version.

The Fairy Slingshot's icon was redrawn slightly as well as recolored. The slingshot's string was wrapped around the ends, while the final version has red tips.

The Fairy Bow's icon was redrawn slightly as well as recolored. The grip was green and brown instead of blue and orange, the drawstring was grey instead of white, and the tips are not red.

Early graphics for the Fairy Bow with different magic arrows. The green (Wind), black (Shadow), and yellow (Soul/Spirit) arrows were cut from the final game, while the white (Light) arrows were recolored to yellow. The lighting on the early arrows is horizontal, while the final has them in line with the arrow shaft.

The Ocarina of Time icon shows it as having what appears to be blue, green, and red buttons in the three holes going towards the tip, and there is no metal band at the base of the mouthpiece. In a 1997 interview, Miyamoto stated that the Spiritual Stones would have to be inserted into the Ocarina.

The bottles were redrawn to be slightly bigger. The fairy was originally white with small wings, whereas the final version is a glowing pink ball.

At this point in development, the player could buy chicken eggs that could be eaten (to restore health) or hatched. The final version limits the eggs to just two, both event items. There does not seem to be an icon for the hatched chicken/Cucco.

The chicken egg is much smaller than the final's eggs, and does not have a nest.

In this build, the player used a special flute made of "horse grass" to summon Epona, a concept later used in Twilight Princess. The final game replaces this with Epona's Song.

The Kokiri and Master Sword icons went through a revision before the final game. Surprisingly, the Biggoron's Sword/Giant's Knife icon wasn't changed between here and the final release.

The early boots have a more cartoony-looking design, and the Iron Boots are literal iron boots (whereas the final version is only partly made of iron).

The Silver and Golden Gauntlets were originally bracelets.

There is no early version of the Goron Bracelet due to the item not existing at this point. Instead, the player simply needed Darunia's permission to pick the Bomb Flowers.

Early wallet designs, complete with their maximum Rupee capacity. Notably, the Adult's Wallet and Giant's Wallet could hold far more at this point, whereas in the final game they hold a mere 200 and 500 Rupees respectively.

Interestingly, the smallest wallet is also present (albeit unused) in Majora's Mask.

Early icons for the Spiritual Stones. Their designs differ significantly from the final versions, resembling musical symbols (a natural, flat, and sharp respectively). Possibly meant to coincide with the fact that they were originally more closely linked to the Ocarina of Time, as they would be inserted into this one.

Early icons for the Medallions. Their designs are the same as the final version, but the Spirit, Shadow, and Light Medallions have different colors. These colors correspond with the six magic arrow types (three of which are unused in the final game) as well as the six colored keys (see below).

An unknown blue icon, possibly a placeholder for something else in Quest Status.

These graphics appear to show that the Temples used to have unique key icons, as the colors match up perfectly to the Medallions' colors (including the Light Medallion, making this one of the only proofs of a possible Light Temple). Whether these represented Small Keys or Boss Keys isn't clear, but it's a neat idea all the same. 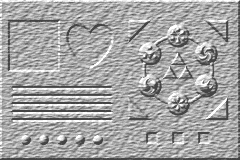 A type of icon or item that would be part of Quest Status, but in the final version the graphic is rendered together with the entire panel.

Pieces of Heart from the Quest Status screen. Per in-game text, 8 Pieces would have been required for a Heart Container rather than the 4 required for a Container in A Link To The Past, Link's Awakening, and the final OOT. They were probably thinking about doing a lot of sidequests for this game.

Twilight Princess would later require 5 Pieces to make a Heart Container, which is still an outlier for the series but not as insane as needing 8. 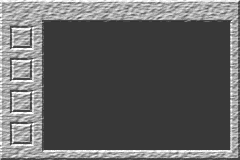 Prerendered images of Link as an adult and child. They served as placeholders for Link on the Equipment screen until a copy buffer had been added.

Map (Field Map and Dungeon Map). Perhaps the label would be changed depending on where it is? 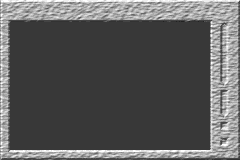 This beautiful work of cartography was only previously seen through a tiny photo from a booth at SpaceWorld '97.

The upper portion of the map reads "Hyrule was a land of fabulous palaces and magic.", while the bottom-right appears to say "It was also a troubled land, and the divisions of Light and Dark were tearing it apart." Both sentences originate from the A Link To The Past Player's Guide.

The screen used for selecting items and saving. Almost identical to the final version. 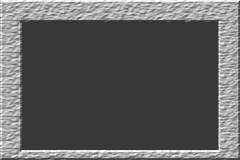 Starting at offset 010A33E0 in the overdump ROM are a series of IA8 textures.

Below are translations of each name. Titles in bold are unused. Official translations are used if present in the released version.