The Simpsons Game is what you get when you make a Simpsons game with every game genre. A low-end game engine was used compared to the Xbox 360/PlayStation 3 versions, cutting the hub world and obviously reducing the graphical effects. The PSP port was choppy and the Wii release had the exclusive Bite Night Wii Moments as extra minigames.

A ddf file named Simpsons_Wii_am.ddf is present on the root of the Wii version.

The compiled font file for the game, SimpFont.asrBE in the Wii version leftover a TEMP chunk, having a small bit of information of where a developer compiled it. The developer being Andrew Haith. A lead designer of Rebellion Developments. 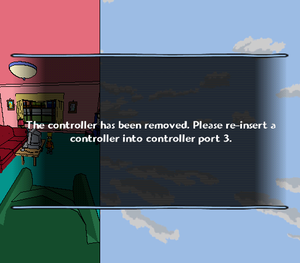 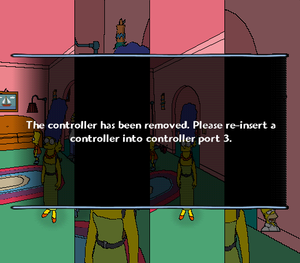 This game seems to have an incomplete three and four player splitscreen mode that barely functions. It is only somewhat playable on the PSP port with only one player playable and none of the other screens displaying anything useful, since it doesn't have any controller checks in place unlike the PS2 and Wii versions.

There are only two areas in the New Gen release that has all 4 Simpsons available at once (but still doesn't allow 4 simultaneous player screens), and every single level in Old Gen only has two players available maximum. This could either be an early leftover from New Gen, or maybe even from when it was prototyped and demoed on the Xbox, which also has 4 available controller ports.

FRONTEND.*\graphics\ui\menus\levels\ has a few early screenshots meant to be used as the level select preview image. These images were taken from a development build on Xbox 360. The final game only has 5 of them that remain, but the earlier prototype has all 16.

The Wii version has two font textures that aren't used in the final game. The 2nd one found in tools_fonts.asrBE is seen being used during earlier prototypes for the debug menu.

wm_hb1.wii is leftover from earlier development stages, which also means there's plenty of leftovers and early tile designs to be found. wm_hb1.wii\graphics\ui\ has a bunch of UI elements resembling graphics that were used in the New Gen release along with a bunch of unused tiles as well. Surpsisingly, the final UI graphics that are located in the GUIMenu folder files also has a few unused tiles.

Another tidbit to note is that during earlier Wii development stages, the textures didn't have any alpha channels of their own. Instead they were located separately in GC_Alpha_Textures, in their respective environment container, as three color images which need to be split into individual R, G, B channels in order to get the correct alpha channel for each texture.

All of the Character HUD containers, GloblHUD.* and tbubbles.* has a commonhud.tga graphic which also contains many New Gen HUD elements that aren't used in this version. And ColTotal.* happens to have an earlier version of this graphic, lacking a few tiles, such as the notepad icon. 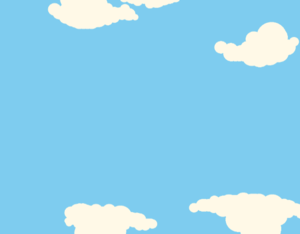 The Lord of the Flings: Hobbapult

A cut catapulting minigame. This has its own file, named wm_cat1.wii, but loading said map will put you in a blank world with nothing in it.

Inside wm_cat1.wii\Sounds\samples\char\voc\homr\ you can also find placeholder sounds that were meant to be played by Homer's character. It doesn't sound like it is using Homer's actual voice actor, and whoever did voice these, sounds a lot like the same actor in the early version of Around The World in 80 Bites cutscene found in the prototype.

Also known as Homer Bowling. The actual map wm_hb1.wii was supposed to use has been long removed in this build, but is fully present in the earlier Wii prototype. What did remain in the final release, however, was the Metrics.* test map that took its place. It's also mentioned in the PlayStation 2 release inside CD_ENVS.TXT, but isn't actually present.

The characters for whatever reason have somewhat corrupted textures when loading this map, but the aforementioned prototype renders them properly. 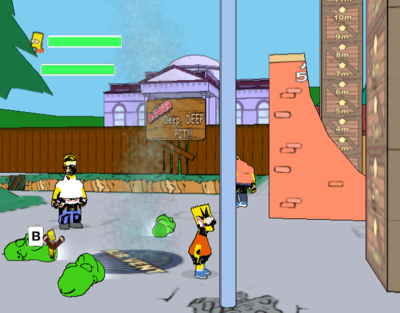 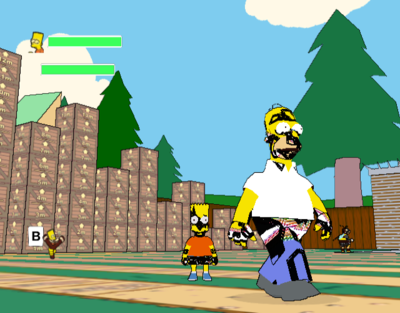 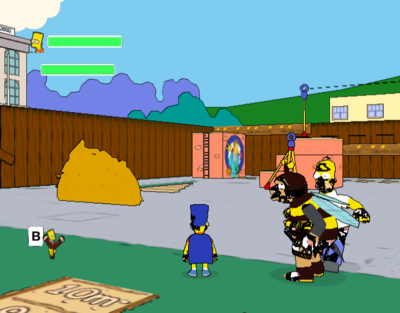 As is the case with most Asura engine games, the 1st string in all of the SYS_##.ASR files, where ## is replaced with the language name, has a placeholder string with text that shouldn't ever be seen.

The Wii version has a build date mentioned in the game's executable.

Since the PlayStation Portable's UMD format has much less storage than the PlayStation 2's DVD and the Wii's Optical Disc, several textures ended up being scaled down to accommodate for the smaller file size.

The example below uses the font texture located in SimpFont.asr*\graphics\fonts\itc highlander std medium_24_bold_0.tga: