The Simpsons Wrestling is a licensed wrestling game featuring characters from The Simpsons.

DUMMY.STR is the FOX Interactive logo, albeit with a watermark for the shareware version of VideoFramer.

There is a full but unused arena based on Springfield Elementary School. It can be seen by swapping the text krusty.s3d with school.s3d in BIG.BIN, which will cause the game to load the school level instead of the Krustylu Studios level.
According to a post on the website of level designer Mike Ebert, this arena was cut following the Columbine Massacre. 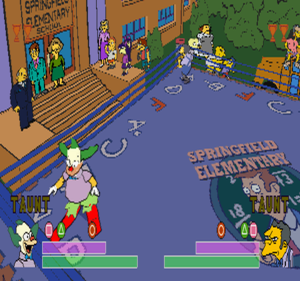 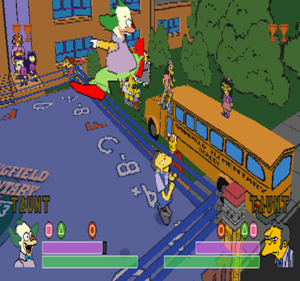 bigape.s3d is a secret arena with a picture of the developers and mascot of Big Ape Productions drawn as Simpsons characters. It can be played by entering O, R2, R1, O, R2, R1 in the pause menu, then starting a new match. 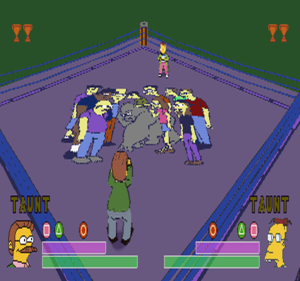 A music track that may have belonged to the cut Springfield Elementary level.

Throughout the executable are references to source code files.

At 0xA84 are the full names of some of the characters.

At 0xC2C is an early build date.

At 0x8746C is a reference to a removed character, Super Homer. 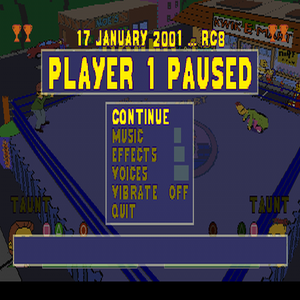 Pause the game and press Square, Circle, L1, R1 to see a build date, which is the same in both versions of the game.