This page details one or more prototype versions of The Simpsons: Hit & Run.

A late PS2 prototype of the Simpsons Hit and Run was leaked on Jan 23, 2019. Almost all of the game's content is finalized, with most of the differences being relatively minor. This version contains an odd bug if emulated where the characters appear upside down when driving vehicles.

In the root of the game disc is SRR2.MAP, a linker map that contains debug symbols useful for narrowing down what caused a game crash. According to this file, the prototype was a nightly build.

The Fat And The Furious

Going To The Lu'

The circle HUD icon was changed from a kid to a bus in the final game. Interestingly, the image was the only part of the file that was replaced, and as such the bus is still named "kids.p3d", is still located in the Objects folder (instead of the Vehicles folder) and uses a blue-purple background colour, unlike the yellow colour of any other vehicle icons.

A timer was added in the final version of the mission. This was likely done to increase the difficulty of a late-game mission, as without it the mission is very easy. Maybe they overdid it a bit...

The final objective to enter the Simpsons' house is still present. This was commented out in the final.

Some of the text is a tad different.

Any mention of the PS2 memory card was made less verbose.

Text was made more specific.

The text that appears upon collecting all the collector cards in the game is different.

The audio mastering on this track is slightly different.

A misplaced version of minigamecam.p3d is loose inside the main art folder. This model seems to use an earlier format that provides export data. With it, the following details can be found:

TT.con is missing from the prototype, despite the model assets being present. 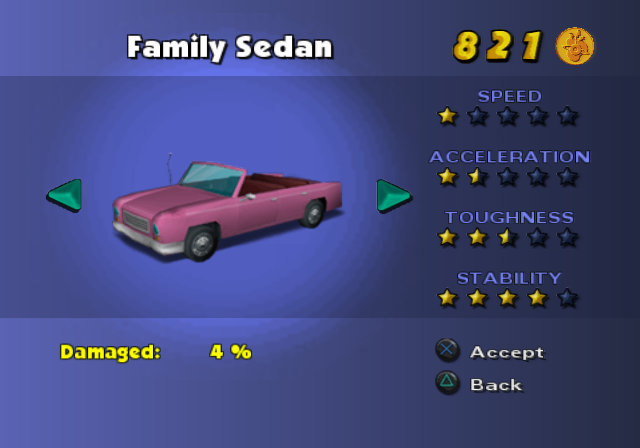