From The Cutting Room Floor
Jump to navigation Jump to search
Translate this page
Other languages:
English

1941: Counter Attack is the third (technically fourth) game in the 19xx series. Get revenge against someone for something. Game doesn't really have a plot, but it does have planes and bullets.

To enable various debug fuctions, set dip switch C3 (Free Play) to "On." This will change the function of certain other dip switches:

Graphics for a grid overlay for use in a stage viewer. This game doesn't seem to have a stage viewer, though. Not anymore, at least.

Filler tiles in the object graphics bank. "あ" is just "A", doesn't really mean anything. 空 is the kanji for "Empty".

A Scroll 3 filler tile. That guy is drinking a beer or holding a microphone or flipping you off. It's a little hard to tell.

In the Japanese version, when you throw a bomb, the plane will do a somersault first. In the western versions, there is no somersault animation.

The "World" and "USA" versions change the order of the first three stages:

The Japanese order makes the most sense in terms of difficulty progression. The change was most likely made to make the game more profitable. 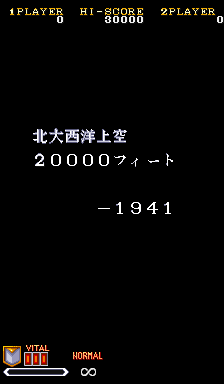 In the Japanese game, the message above appears before the first stage starts. It translates to "Above the North Atlantic Ocean - 200,000 Feet". 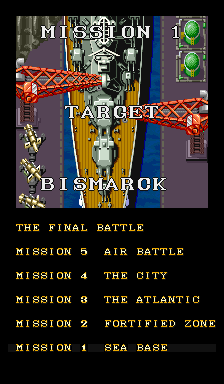 In the "World" and "USA" versions, however, a stage list appears before each missions starts, with the picture and name of the current stage boss. 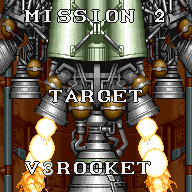 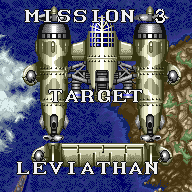 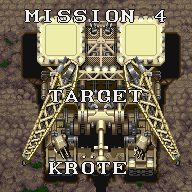 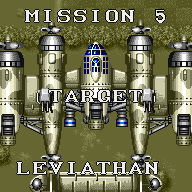 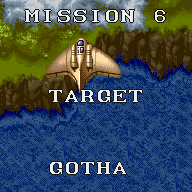 The Japanese version displays this comic after the credits run, and if the player(s) got through without dying, an extra comic is displayed after that. They are read from right to left. 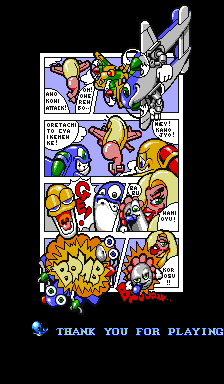 (The joke here is that the "hottie" is a young mother whose baby is a missile.) 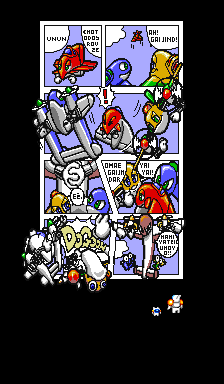 (Basically, the joke is that they bullied a foreigner only to realize that the foreigner's mom is also there and is really big & scary.)