8-bit Adventure Anthology is a collection of the MacVenture series titles Deja Vu, Deja Vu II: Lost in Las Vegas, Shadowgate, and Uninvited with a much faster cursor and mouse support.

SplashScreen and StoreLogo were seen on the digital storefronts used to sell the game, but never appear in the game itself. 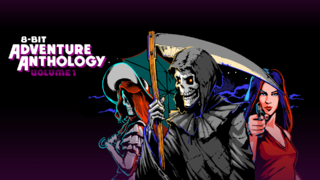 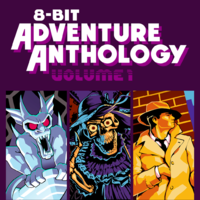 While the game seems to use modified ROMs to run the games, also included in the files are (mostly-)untouched versions of the original files. Comparison to the widely-available versions of these ROMs shows that Deja Vu is completely identical and Uninvited differs by only five bytes.

Shadowgate, however, seems to have been slightly edited to remove mentions of Nintendo: