This is a sub-page of A Hat in Time (Windows, Mac OS X)/Version Differences.

With the shear amount of patches this game has gotten, it would be asinine to document literally every single coding change or adjustment. Someone could write a novel-length book with how many changes there's been since the game released, so this page will focus on major and noteworthy coding changes, additions, and removals only. 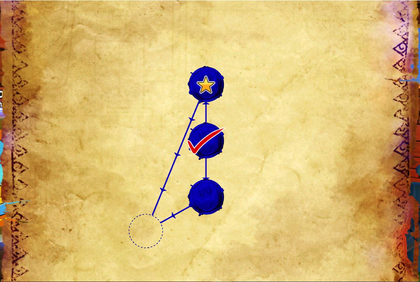 The vacuums were quite different at this point in development. Although the mud puddle objects were present in the game already, the cat vacuums don't appear to have any coding for chasing a muddy player. The vacuums make no noise at this point, and follow their routes much more loosely compared to the final's. The early vacuums can also be affected by gravity, unlike the final's, but they can also be set to ignore gravity, essentially allowing them to hover over pits. When bouncing on the early vacuums, the vacuum lacks its bouncy material shader effect, and the angle that Hat Kid jumps on it from determines the direction that it sends her. For the wall version, this can make using them for platforming extremely tricky. The early vacuums can also be set to remain still and not move at all. Finally, the vacuums have a 'wander mode', in which they don't follow an assigned route and instead just...wander around, turning randomly and avoiding obstacles in their way. This mode was completely scrapped for the final game, with all vacuums in the final either following a route or remaining still.

(Note that for this section, the changes for the leaked build from a month earlier will be merged into this section. Any differences between them and the final version will be mentioned as well)

Additionally, the 'GiveAllTimePieces' command was updated to also be able to add ones from the DLC chapters, provided a variable is set to true, which it always is inside the command code itself. Finally, the command to give the player all relics was updated to give you the new DLC 2 relics.

Retrieved from "https://tcrf.net/index.php?title=A_Hat_in_Time_(Windows,_Mac_OS_X)/Version_Differences/Object_Code_Differences&oldid=1350355"
Categories:
Cleanup > To do
Subpages