Based on the same-titled movie which featured pop star duo Sandy & Junior, Acquária is, essentially, a reskinned version of Sandy & Junior: Aventura Virtual, slightly modified to be more focused on action instead of stealth.

File demo.png inside folder gfx/common seems to be a leftover from an internal testing build of the game. The Portuguese text reads:
"Demo Version
Internal valuation" 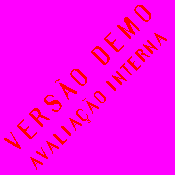 The file test.wav inside folder sfx is a very short sine wave sound, likely used as a placeholder. This sound can also be found in Sandy & Junior: Aventura Virtual. In its metadata, the file is dated August 29, 2002. 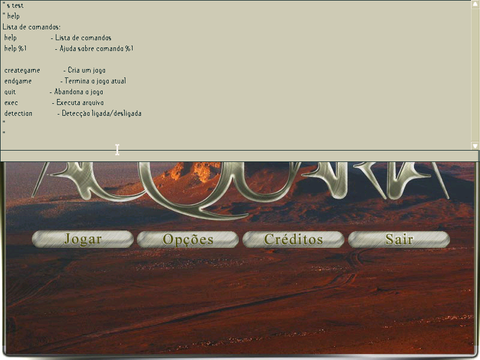 Pressing F11 on either the main menu or gameplay screens opens a console menu, which is also directly taken from Sandy & Junior: Aventura Virtual. The following are a list of commands: