Alone in the Dark

Alone in the Dark is a French 3D survival-horror game that is now widely known as the grandfather of the genre (and tank controls altogether).

At the 2nd floor, there is a hidden room between the living room and the 3rd bedroom (behind the ritual chamber).
Only colliders are draw, the rest is missing.
That camera view can be viewed by going out of bounds and touching the appropriate camera triggers, or by extracting file 00000013.dat from CAMERA02.PAK archive. 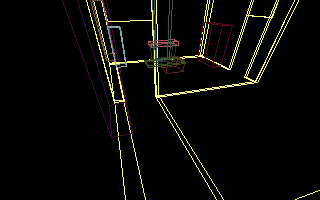 There is some hidden stairs in the cellar, that were probably supposed to lead to a cellar door outside.

Water can be animated by cycling colors 225-239 of the game's palette. It has been discarded from the final release for unknown reasons.
Here is how it would probably have looked like:

The game can render a polygon in different ways: flat, transparent, noise (e.g.: doors), gradient (e.g.: metallic objects)
It calls different functions depending on polygon type. A function called MyAffPolyFlou (can be translated to MyRenderPolyBlurry) still exists in the executable but is never used.
If we force the game to render all polygons with that function here is how it looks like :

The axe thrown in the gallery (from Indian picture) is actually a smoke pipe. 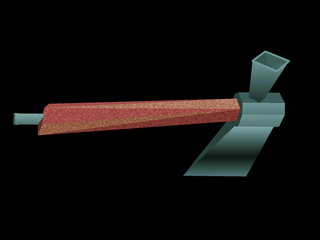