Where headache pills appear, Gynk the red bug and Gônk the green bug must follow.

Even if it means never stepping off their own game's title screen.

STR# 130 concerns two "special preferences", one of which makes the second player blue instead of green.

It's not apparent whether you can actually play as the blue bug. There are blue movement sprites, but no blue blood or corpse sprites. 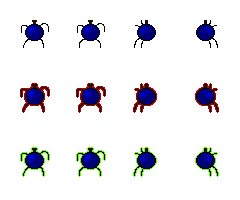 A cartoon of Gynk telling Gônk about the blue bug exists as both an icon and a PICT resource:

The latter is named hfdr pic, indicating that it was meant to be seen if you moused over the app icon with Balloon Help active. However, no actual hfdr resource is present to implement this easter egg.

Instead of the difficulty selection buttons, try clicking the words "Choose your skill".

The Get Info window warns readers:

There are only wheeled cows in the game, but that's always a sensible reminder.

The text in Se22 0 is formatted for ResEdit's hex editor.

This dialog is also targeted at ResEdit users: 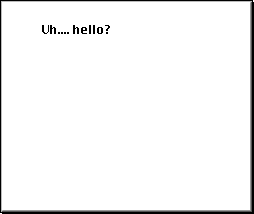 The text item is sized just large enough to display those two words, but double-clicking to edit it unlocks the rest of the message.

While this one claims to be reachable in-game, the method is unknown. 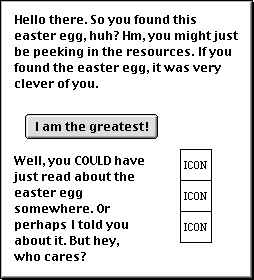 The icon placeholders all point to icon 1431, which doesn't exist. However, this grisly three-icon vertorama does, and adorns a nearly identical dialog in Aspirin 3.

Both icons are the same drawing, but their masks leave different portions invisible.

The 'squash' and 'new level' sounds from the first game are present as träff.old and new level.old, as is an unheard sound called extra.old:

Going by the name, this was once the sound of earning a hit point, instead of a voice saying "extra".