Asura Buster is the follow-up title to Asura Blade, made by the same company, albeit a bit more organized than the preceding title. It was the second and last fighting game developed by the company.

Vebel, the slug-like midboss, is actually fully playable and has not only his own versus screen portrait, but four palettes. Normally you never see the portrait, as once you reach this mini-boss the battle goes directly to the fight from the world map. He can be accessed by setting the player's character value to 13. 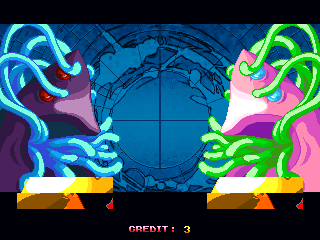 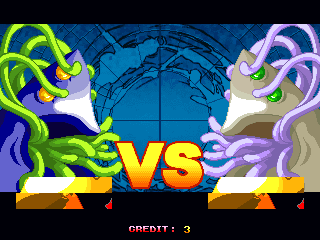 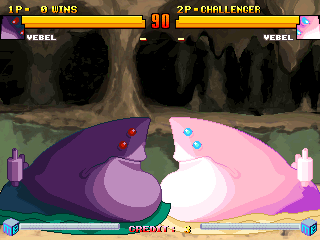 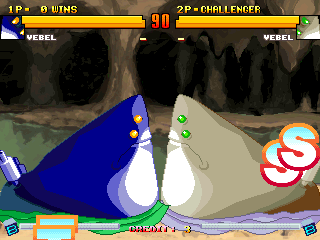 All of his attacks are fully usable, though beating any opponent with him will produce a dialogue box with gibberish for a moment (as the game expects a box to appear if you beat the AI while Vebel's in the match), and his ending is the same as "Alice!"'s, minus any audio.

His attacks are as follows:

King himself has a versus portrait, though unlike Vebel no palette appears to remain and he is completely unplayable, glitching up and freezing unless controlled by AI. The portrait is not normally viewable as the match goes directly to the boss from the preceding fight. 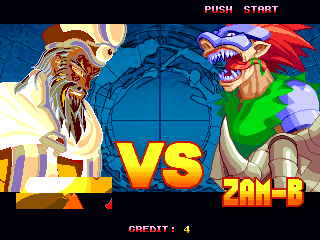 Additionally, King has several sprites that are never used: 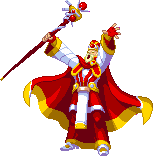 Hands raised up, probably to summon the actual boss form. In the final game he only has two poses: standing and dead.

Alternate colored gems for the boss' headpiece. Given they seem to be intended to overlay on the actual boss, chances are it would have changed and let you know what attacks to expect next. In the final, it never changes. 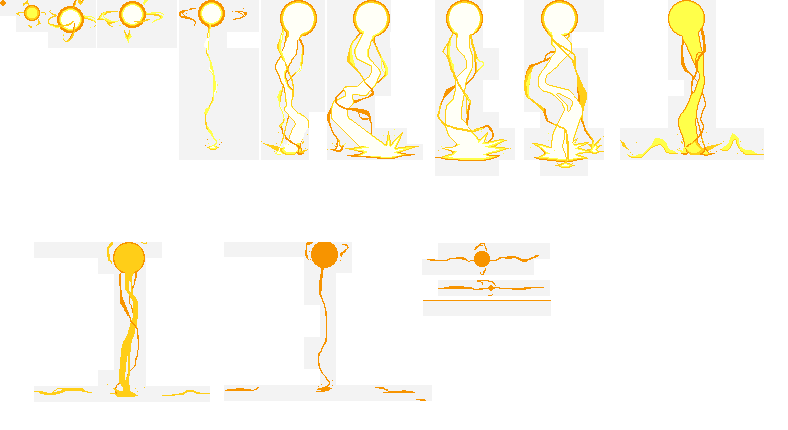 Most likely related to the above, a lightning attack found in the same area as King's graphics and unused in game. Judging from the look it charges up quickly, then dissipates slowly.

Additional facial expressions for the boss. 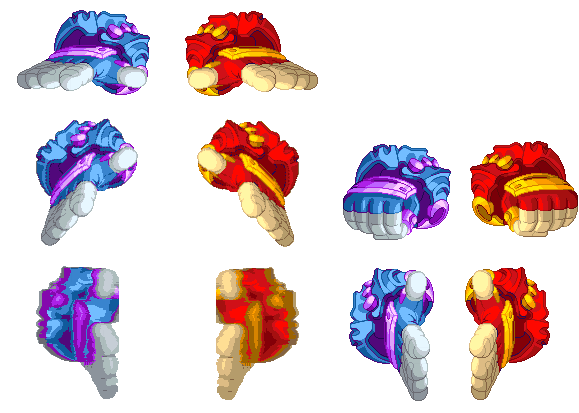 Additional hand poses. The blurred effect on some suggests a swift movement, more than likely an attack the player would have to jump over as it tried to crush them between the hands.

Name font graphics exist for two additional characters: Cerberus, and Dragon. Cerberus was rolled into the Bonus Stage that occurs after you fight Vebel, but Dragon is a bit different. If you set the character value to 14, you can play as it: the character uses Nanami's name and portrait on the versus screen and King's portrait in match. The sprites are completely glitched using Yashou's as a base, and attempting to jump will cause the player to automatically land. Additionally the character's walking speed is extremely slow compared to other fighters, and if you attempt to forward dash, you instead backdash. Any idea of what Dragon's attacks would have been are impossible to tell, as the data is drawn from Yashou's instead (character value 00).

Unlike in the preceding game, no graphical remnants of a dragon exist within the game's data.

Located around the world map graphics are two small portraits, one resembling possibly Lightning from Asura Blade and the other resembling Alice. The portraits are the same size as the select screen, and oddly enough 'Lightning's' portrait is a negative. No palettes seem to exist any longer for either image.

A simple text bit stating "The now stage is:...". Possibly from an early build of the game, as the final world map screen doesn't make use of it at all.