Aviary Attorney chronicles the trials and tribulations of a bird lawyer (no, not that one) in a version of 1848 Paris where everyone is an anthropomorphic animal illustrated by 19th-Century caricaturist J. J. Grandville.

The data for locations on the in-game map (stored in mapdictionary.json and mapdata.json) includes some entries for areas that are never entered through the map screen in the final game, thus leaving their names and description text unseen by the player. All of these unused labels have the placeholder "NA" assigned as their description except for Le Vautour, which uses "? ? ?".

The data for evidence items to collect (stored in evidencedictionary.json and evidencelist.json) includes some items that go unused in the final game.

A fox character who, despite making it far enough into development to receive fully-implemented blinking and talking animations as well as a unique dialogue sound effect, still ended up not making the cut. Judging by a pre-release screenshot featuring them and an unused script featuring a similar "Street Rat" character, he was likely meant to appear in the scene played upon entering Château Crinière for the first time in Act 1, a role that is instead filled by Sautanne and Gambade in the final game.

The art for this character originates from the first volume of Scènes de la vie et publique des animaux, as one illustration J. J. Grandville made for the story "Un renard pris au piège". It was also later sold individually under the name "The cunning fox".

Before Baron Rorgueil's character was created, this hoopoe character existed in his place. His name was ultimately reused for a different character, but his sprites were never repurposed, leaving them unused in the game's files. Note that while he does have a fully-implemented blinking animation, he has no talking animation or separate mouth sprites, presumably because he had already been replaced by the time talking animations were implemented.

The art for this character originates from the first volume of Scènes de la vie et publique des animaux, as one illustration J. J. Grandville made for the story "Encore une révolution". It was also later sold individually under the name "Going to the banquet".

The fonts used for testimony cross-examinations and for character nametags (stored in crossexaminetextfont.png and nametextfont.png, respectively) contain a good handful of characters which never end up used in the final game.

The jury scene is composed of multiple images superimposed onto each other, so as to allow Judge Corneille to use a proper character sprite with blinking and talking animations while still appearing behind the desk. Viewing the background image (jury-sheet0.png) without these additional elements reveals some awkward unseen leftovers from the composition process, including a green smudge that goes against the greyscale standard otherwise used for all of the game's images.

Found in evidencesprites-sheet0.png, one of the composite images used for sprites of evidence items and other small images shown in cutscenes, are two sprites of unknown purpose. The latter sprite might've been meant for the unused Gateau evidence item, but is no longer tied to it in any way in the final game's code. 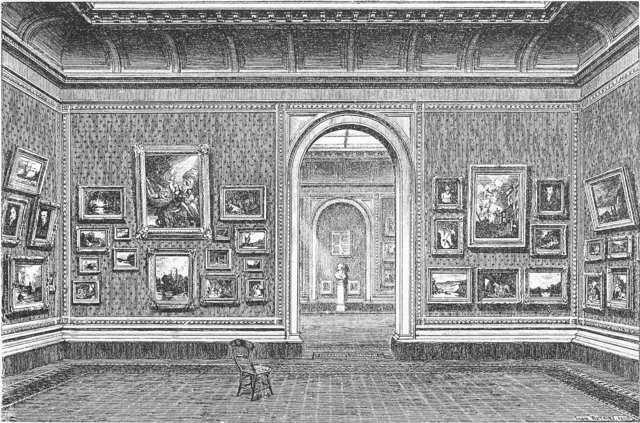 This unused background, labeled as gallery3back-sheet0.png, might have been meant for the original version of the Salle du Tibre. The illustration itself, known as "The Sheepshanks Gallery", originates from the book The South Kensington Museum. 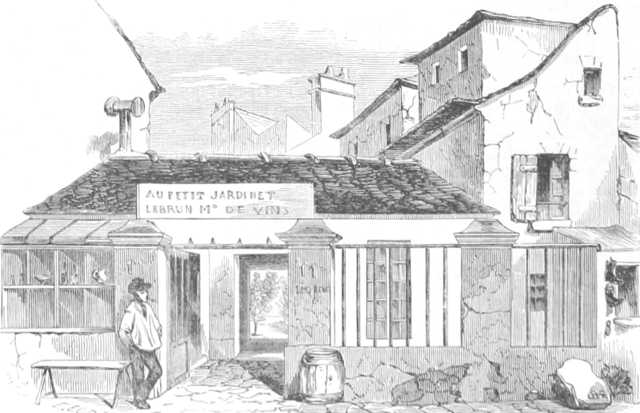 Another unused background, labeled as shopback-sheet0.png. It was likely meant for the outside of Quanelle's tavern, given its use in a pre-release screenshot featuring her. The illustration itself, known as "Cabaret du Petit Jardinet", originates from the book L'illustration: journal universel. 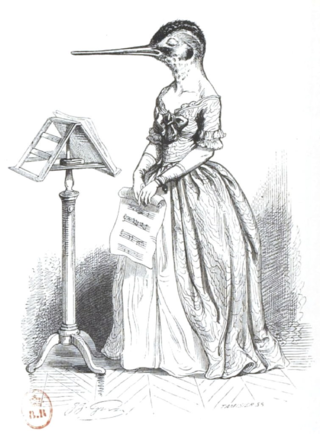 Many things are unknown about this image, labeled hare-sheet0.png: whether it was meant to be a character sprite or an event image, whether it had anything to do with the "Hare" character mentioned in one of the unused scripts, and why it's labeled as a "hare" in the first place when it's clearly a bird, specifically a woodcock.

The art for this character originates from the second volume of Scènes de la vie et publique des animaux, as one illustration J. J. Grandville made for the story "Lettres d'une Hirondelle".

No feature called "GameBoy Mode" exists in the final game, leaving the original purpose of this image (gbmode-sheet0.png) unknown.