BS F-Zero Grand Prix 2 looks and sounds very familiar... except it has new tracks and vehicles! 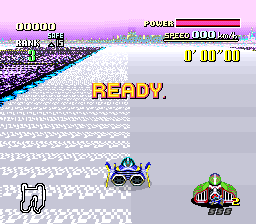 While the game has only five playable race tracks, there are some remnants of White Land I and White Land II. By using Pro Action Replay (PAR) codes 7E005308 (White Land I) and 7E005309 (White Land II) in Grand Prix mode, the levels name, graphics, music, and minimap will appear. Their track layout itself loads corrupted Mute City IV data, however. They also have an unused entry in the records menu (see below). 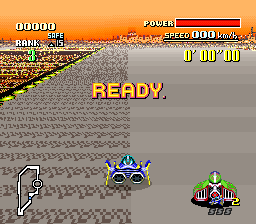 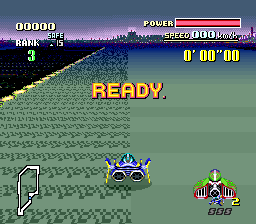 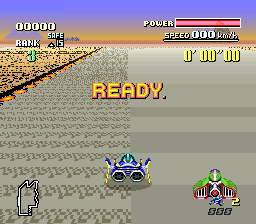 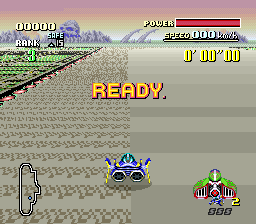 The Pro Action Replay (PAR) code 7E00F2xx can be used to access the records for the unused tracks as well. 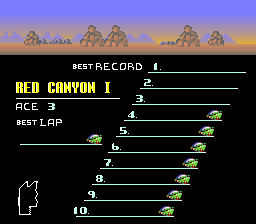 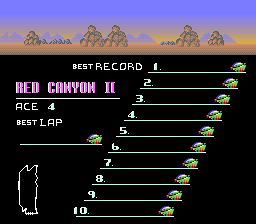 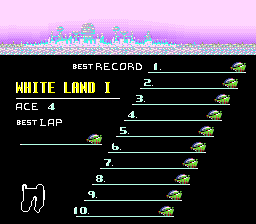 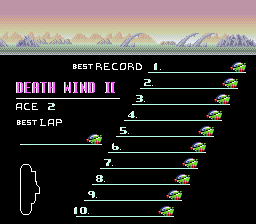 The game uses SPC music from the original F-Zero, but as mentioned above not every song is heard in normal gameplay.

There's a screen that congratulates the player and tells them to send their results by FAX.

The Pro Action Replay (PAR) codes 7E005404 and 7E005500 can be used simultaneously to change the "game state" to show this screen. If the graphics appear glitched, disable the cheats and press Start. After that, the records menu will appear. Then, just select the invisible option available above the "EXIT" option.

The screen consists of 4 pages:

Currently there's no known way to access this by normal means of gameplay.