Back to the Future: The Game (Windows)/Episode 2: Get Tannen! 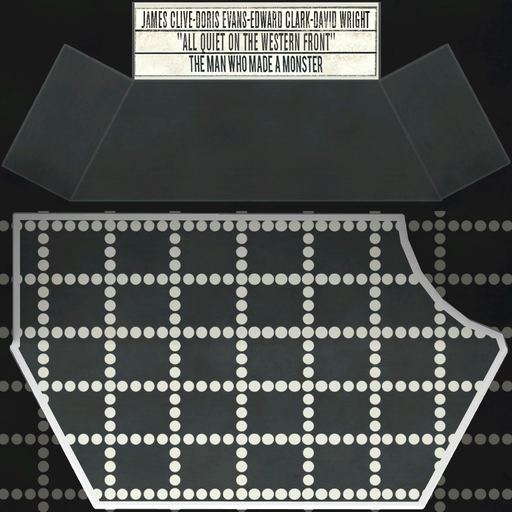 While this isn't completely unused, the text in the marquee is. For most of the episode, you try to get Doc to go watch Frankenstein at the local movie theater, and the marquee lists the lead actors in the film, the film's name, and the tagline. But here, the title is replaced by All Quiet on the Western Front. The performer names and the tagline remain unchanged. 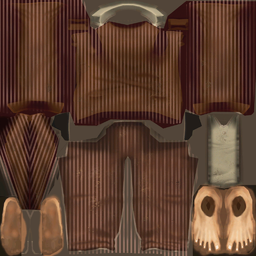 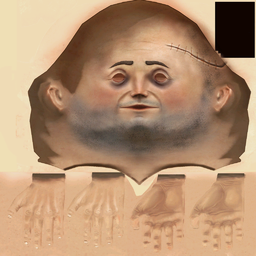 These textures for George McFly from the alternate future where he's been crippled by the Tannen Mob are used, but you only see George for a small instant, from the back, so his face is never seen. 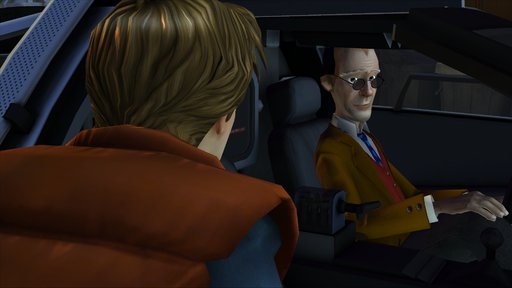 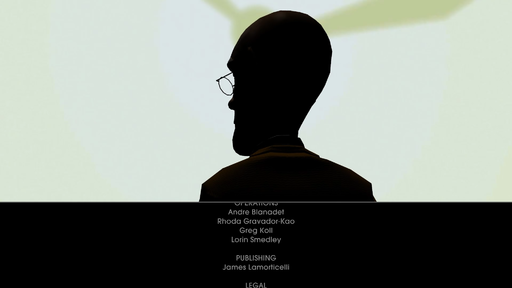 First Citizen Brown appears as a silhouette in the trailer for episode 3. Replacing Doc's model with this Citizen Brown model reveals that the model is not finished; it uses Doc's 30s clothes and has no texture on the head. In addition, he appears to be totally bald instead of having the small section of hair that he does in the final version of episode 3. In the screenshot of the silhouette, you can clearly see that he is wearing the brown jacket rather than the lab coat he wears in episode 3.