Bad Rats: the Rats' Revenge is a very poor physics puzzle game in the style of The Incredible Machine.

(Source: EntranceJew of Something Awful) 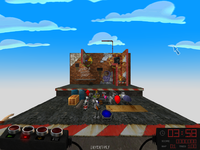 On certain levels like the first, zooming out far enough reveals a model of a hand with a brown texture from the wrist down. There is evidence that it's not made by the game's author. The file name "Hand.MDL" is unique in that it uses the English word for hand rather than the Portuguese "mão." Its three animations (stand: idle, catch: kunckles bent, hit: open palm) are also in English.

(Source: EntranceJew of Something Awful) 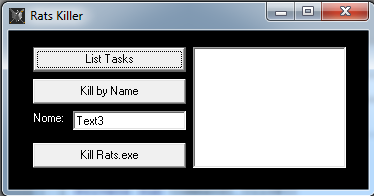 This executable is used to kill Bad Rats any time the game severely malfunctions, but the UI suggests that it could also be used to list tasks and kill tasks based on the name given.

This is used to display the high scores, but there's another UI hidden behind the graphics. It allows one to see how the high score entries are formatted, along with what appears to be integrity checks. This also would have allowed the developers to grab high score tables from other sites or write their own results down.