Bangai-O Spirits takes the concepts of Bangai-O and remixes them into a portable-friendly package. It features 160+ freely selectable, bite-sized levels which last anywhere from a few minutes to a few seconds. It also features new weapons, new mechanics, and a rather intuitive custom level editor.

These files are found in the "back_bg" folder. 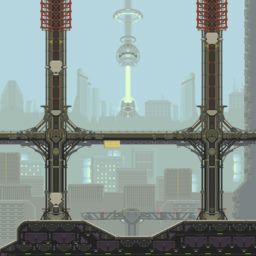 An alternate city background to go with the other three. It has the coloring of the first background (#11), but the design of the latter two (#12 and #13). 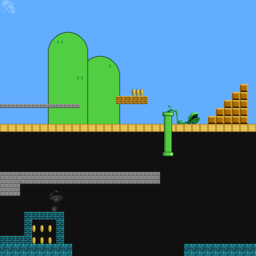 A rather bizarre Mario-themed background which looks unlike anything else in the game. It features a rudimentary depiction of a Mario landscape, along with inversely-detailed illustrations of a mushroom, a Piranha Plant, and... a disturbing face in the sky.

While there is a stage in the game based on Super Mario Bros., it wouldn't be vertical enough to see the whole background. It may have just been made as a joke. 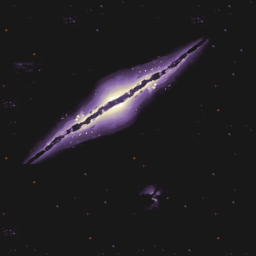 A unique purple space-themed background. Seems to be based on two other space backgrounds (#2 and #3), but with a different galaxy design.

This stage pattern is found only in the international version of the game. It is located in the "map_bg" folder under the file name stage_map21_flesh_bg8.bin. It would have been the sixth and last exclusive pattern added to the international release, but ended up being omitted.

The main ground design is a somewhat solid black, while the various blocks are made up of an array of flesh tones.