Battletoads is a semi-reboot of the Battletoads series that opts for a more Saturday-morning-cartoon style and a bigger focus on story compared to the semi-serious punk style of prior entries. The end result got a mixed reception among fans of the originals (not helped by several lines of dialogue seemingly aimed directly at said fans - and not in a positive way) while being more favorably received among new players.

This is also the first original Battletoads game not developed by Rare, instead being developed by indie Dlala Studios. 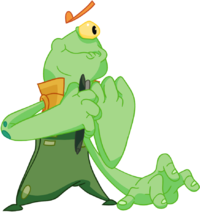 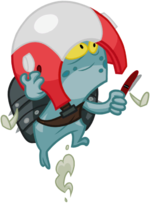 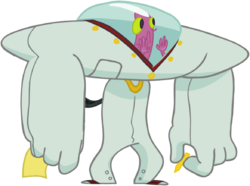 A group of NPCs who would ask for autographs of the Battletoads in the first stage, conveniently named "Autograph Seekers" in the game's files. They all have full animations of waiting in line, receiving their autographs, and walking away. Only the animation of them already holding their autographs is used in-game.

Notably, the alien guy inside the large space suit doesn't appear anywhere in the game. 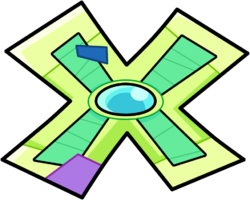 A single-sprite enemy named "Thief Ship" in the game's files, which would have appeared in one of the space levels.