EA decided it was a good idea to degrade Bejeweled into a Candy Crush clone. Because of course they did.

A placeholder graphic for what might have been the DarkSphere. The image seems to read "Dark Hyper ognp".

Including sounds from previous games.

A higher-quality version of the match sound from Bejeweled Classic.

The game icon went through many different revisions through updates.

EA tends to have a habit of removing detail in games to "save on storage", which usually degrades many graphical and audio details. 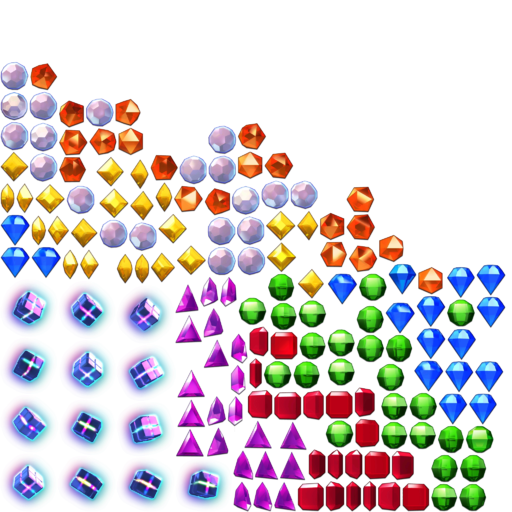 Earlier versions of Stars included the series' staple gem spinning animations which play when a gem is selected. These were removed in a later update.

A later update removed "The Voice" from the game entirely.