After a three-year hiatus, Bishi Bashi comes back, with more e-amusement functionalities than ever.

You know what was also more abundant than ever in this release?

Of course, unused graphics, either in form of leftovers from previous releases or entirely unused sheets. Sometimes even both.
All entries take in consideration folder data/graph/sys.

These two placeholder slots can be found as part of the sheets in folders r_entry and r_result.

While the graphic in the folder test_s seems to be used in some sort of test menu, very few sprites are actually parsed. In its raw form, the sheet is revealed to be of the minigame Cola wo aketara buttonda!, from Super Bishi Bashi Champ. 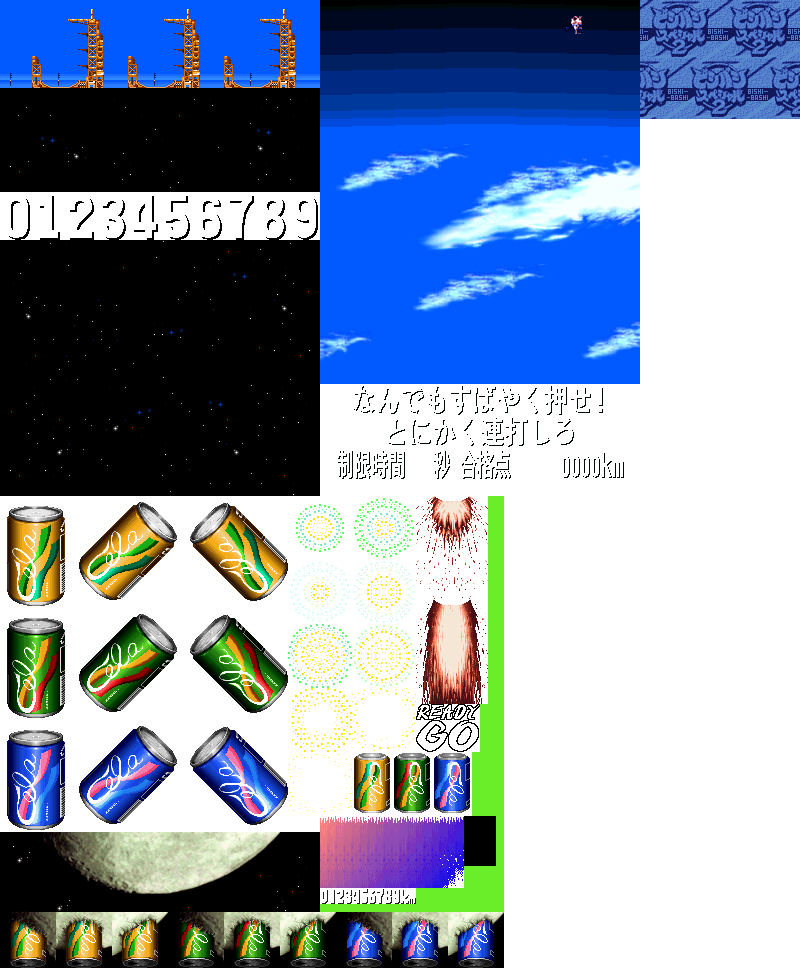