Blacksad: Under the Skin

Based on the Spanish series of comic books, Blacksad: Under the Skin is an adventure game set in 1950's New York City and has you investigate the suspicious death of a boxing club owner. 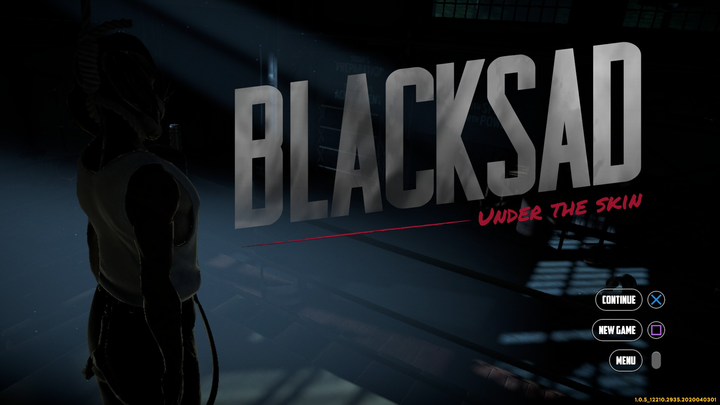 Included in several of the file archives is PlaceholderThumbnail, meant for the "chapter select" menu, which is made up of comic pages summing up plot points. This page in particular depicts a scene which isn't present in the final game. 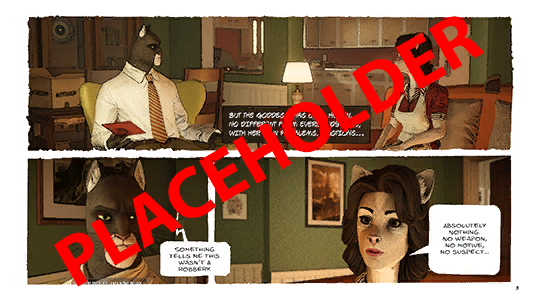 The used full sized comic pages are stored as individual panels instead of an assembled page, with many of the panels ending up cropped when seen in-game. Some of these also include differences to the actual scenes, for example, Jimmy the Dalmatian wearing a black suit instead of a red one. All of the full panels can be viewed here.

An unused version of one of the panels, with Sonia in the outfit she wears earlier in the game instead of the one she wears in the final scene.

One of the UI graphic files include a normally unseen note with the project name. 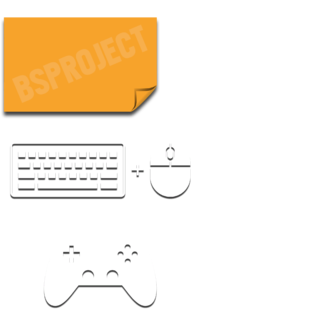 Photo_2_ALB is a photograph of a panel from page 21 of the first volume of Blacksad, "Somewhere Within the Shadows". 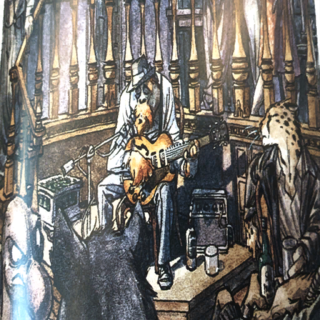 Family_Picture_ALB is a family photograph with the same realistic lion head pasted over the faces, quite obviously a placeholder. 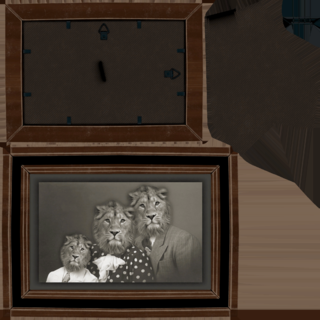 A set of screenshots of one scene being worked on in an editor.