Once upon a time, there was a Black Beast which knew only to consume and devour. The Dark War had begun, and after years of tirelessly fighting and with the collateral damage of half the world's population dying out, 6 Heroes had vanquished the Beast and then mysteriously disappeared...

Calamity Trigger occurs in the ravaged post-Beast world, and what's changed? Not too much, as the meticulously detailed story revolves around a bunch of convoluted and ambiguous events that may or may not have actually happened at all, wrapped up in sleek HD anime visuals, a rocking soundtrack, elements of a visual novel and smooth gameplay crafted by the creators of the Guilty Gear series. You're welcome.

Present in the game's "BGM" file.

The first piece is labelled as "14_moriagari" ("Climax"), and judging from its very short length appears to have been a fanfare of ambiguous description. The official soundtrack labels it as "Glow-Up" and also gives it a secondary label of "Psych-Up music"...which honestly doesn't make its purpose any clearer.

The second piece, labelled "15_ichigeki" ("Hit"), is much clearer: both the game's Gallery mode and the official soundtrack identify it as a theme intended to be used during an Astral Heat, likely scrapped due to its insufficient length, which would require it to either be looped rather awkwardly or be accompanied by another track during longer Astral Heats. This track is also present in the sequel, albeit labeled as "unused" by the Gallery. 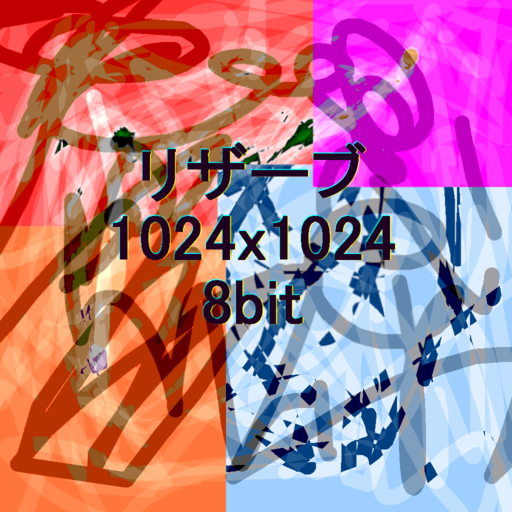 A large placeholder image, which translates to "reserve 1024x1024 8bit". This graphic is bizarrely still present in the files of some of the game's sequels.