Blocks World is a knockoff of Daedalian Opus which manages to be even less advanced than the original. 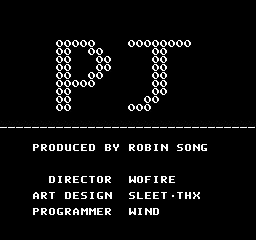 As with many Nice Code games, pressing Up, Down, Up, Left, Right, Left, B on the title screen will briefly display a credits screen. Blocks World lacks the "Nature Color Game" (an alias used by Nice Code) text found on most other Nice Code credit screens. PJ most likely refers to the Power Joy series of Famiclones which many Nice Code games have been released on. 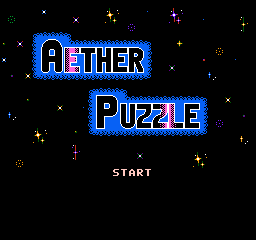 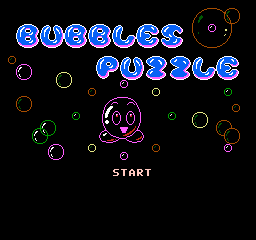 At least two VT02 versions of this game exist which change the graphics and music and remove the 2 player option and code to access credits. However, all of these versions use different types of blocks with these versions using larger blocks than the original. Aether Puzzle has a new title animation and adds some stars that appear in the background of the main field during gameplay.