Blood Warrior is a fighting game with a wrong traditional Japanese theme. 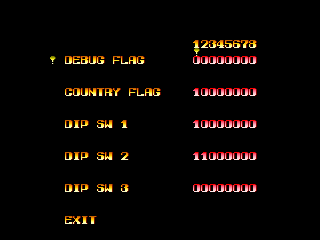 There is a disabled level select in the game. It can be re-enabled with this MAME cheat:

A detailed explanation of what the debug flags do is here. 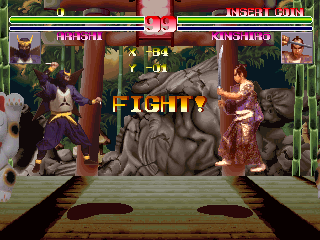 Holding the Tilt button (mapped to T by default in MAME) will run the game in slow motion. Pressing the Service Mode button while Tilt is held will enable a player sprite move function. P1 and P2 joysticks move their respective characters.

The developer name and a date (possibly the build date) are used as a check string in the game's save data. This can be viewed in the shared RAM at 0x208070.

At 0x10078, there are a number of 'round win' strings that indicate more characters were once planned for the game.

Besides completely re-working the title screen, they also dropped the proverb at the top, "火事と喧嘩は江戸の華" (Fires and fights are the blossoms of Edo).