It's Bomberman... for your TurboGrafx-16. It even got ported onto some other systems in Europe as Dynablaster. 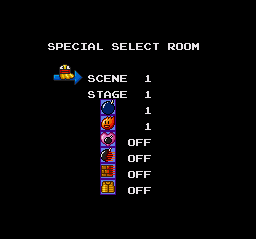 Start the game and attain a high score of 300 points. Reset the game (hold Run and press Select), then let the first demo play. As the title screen reappears (before the menu appears), press and hold Down+Select+I+II. Once the menu appears, press (while keeping the other buttons held) Run. Finally, once the intro cutscene appears, press and hold (while keeping the other buttons held) Run to be taken to a combination level select and powerup toggle. 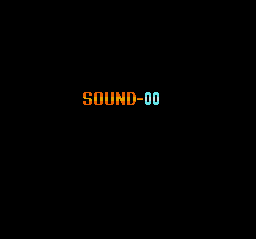 Enter BOMSOUND as a password. It will register as invalid. Now enter any valid password to be taken to the sound test.

Black Bomberman sliding. It is used in the European-exclusive Amiga & Atari ST ports however.

Some unused tracks can be found in the Sound Test (some of them would be used in later games).

Music number: 23
This music track was eventually used in Super Bomberman 3 as the boss music. It probably served the same purpose at some point.

Music number: 24
This track was also used in Super Bomberman 3. It was used as the final boss music in that game (and probably this game too, at some point).

Music number: 25
This music track is a remix of the title screen music in Bomberman (NES)! Again, it would have probably served the same purpose. Unfortunately, this bit of fan service is lost as the track is unused. It's still interesting though.

These tracks suggest that the soundtrack for the game was meant to be very different at one point.