Boogerman: A Pick and Flick Adventure might be the magnum opus of the Sega Genesis (and possibly video gaming), ditching a normal character for a fat superhero with a huge chin, who attacks by burping and shooting boogers out of his nose. 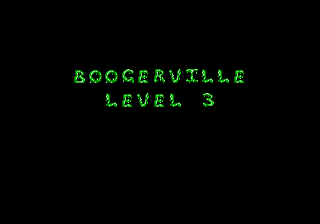 As the title screen appears, press Up, Down, Left, Right, C, B, A. Press Up and Down to select a level, and Start to play.

Note that the level select cheat can also be done while playing the game (without pausing). 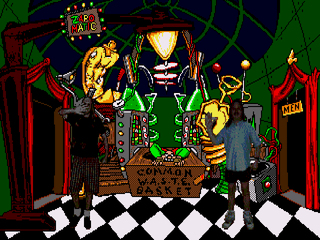 Selecting the option "Ending 2" in the Level Select menu jumps to this scene. Likenesses of two of the game's developers wave at the player while the credits scroll as normal, but an otherwise unused song plays. This scene is accessible during normal gameplay by holding A + B + C + Start on controller 2 when Boogerman picks up the Rod after defeating the Boogermeister end boss. 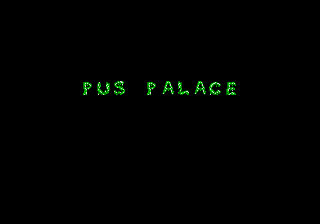 As the title screen appears, press Up, Down, Left, Right, Down, Down, B. Press Up and Down to select a song, and B to play it. 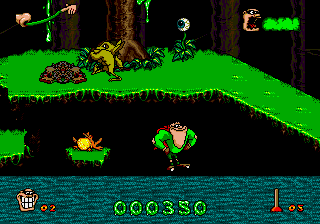