This port of the Genesis version original, featuring a homely, booger tossing superhero fighting an even grosser supervillain, is sheer product of the 90's.

Many voice clips used in the Genesis version of Boogerman remain in the game's coding and can be played from the sound test below, but simply aren't heard or coded to play in the game. 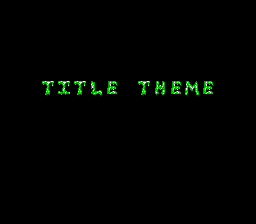 Press Up, Down, Left, Right, Down, Down, B at any point in the game (except when the game is paused). Press Up and Down to select a song, and B to play it.

Press Up, Down, Left, Right, L, L, L at any point in the game (except when the game is paused). Press Up and Down to select a level, and B to go to it. 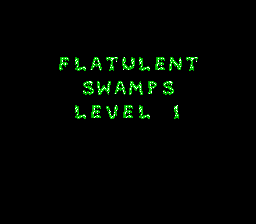 The same unused ending with the developer images exists in the SNES version - select "Ending 2" in the level select.

Press Up, Down, Left, Right, R, R, R at any point in the game (except when the game is paused). Your booger and gas meters are restored, your health is set to medium (red cape), and you also gain the two bonus powerups if you didn't previously have them.

If you manage to beat the game with full health (glowing red cape), in the credits, the name of Michael Stragey will flash.