Right about now it's time to to rock with the biggity Buck Bumble! 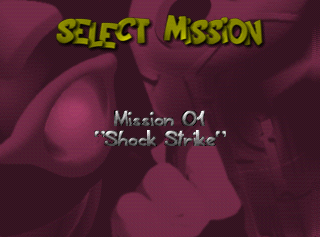 At the main menu, hold Z and press (on the D-Pad) Right, Down, Down, Right. Release Z, then press (also on the D-Pad) Right, Up, Down, Left, Left, Up, Right, Right. A sound effect will confirm the input, and a level select will be enabled when starting a game.

The Japanese version was made harder by having enemies spawn faster and giving them better AI in certain levels.