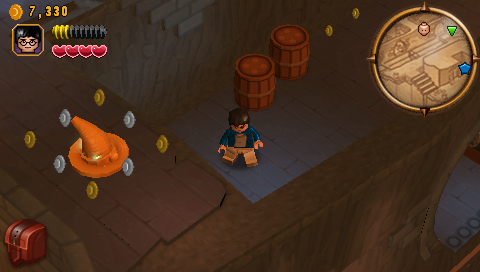 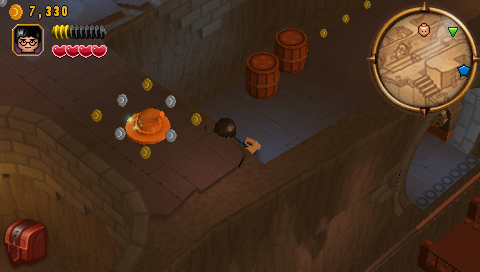 In the second area of the Gringotts Vaults level, a wall can be climbed by simply running against it for a few seconds. The second image above shows Harry almost all the way up the wall. This bug gives access to a later part of the level, which the player can drop down into. Once entered, it is impossible to leave this section and the player must quit the game to escape. 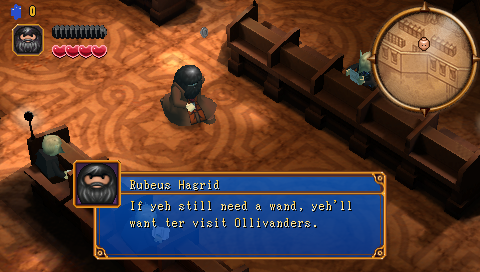 This level starts with a dialogue box where Hagrid speaks to Harry. By changing the character using the R button, it's possible to move around with the dialogue box still being displayed. When the dialogue is dismissed, the camera pans to Ollivander's Wand Shop. Going inside of Gringotts Bank and dismissing the dialogue will make the camera pan outside of the map, and then snap back to the player.